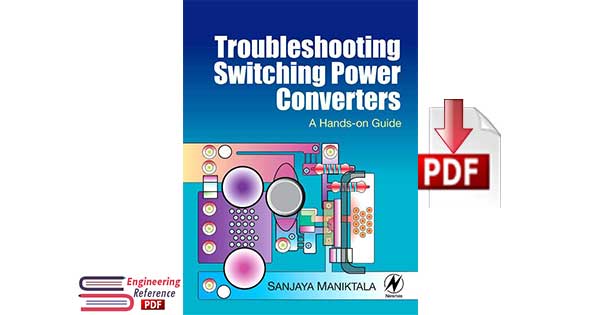 The fi eld of Power has gotten not only critically important, but incredibly complex too. No longer can a wannabe expert get by based solely on the rather astute observation found deep within the Analog Troubleshooting book—“if you stand on a big soapbox and rant and holler, people will often think you know what you are talking about. They stop looking for mistakes . . . and that’s a mistake.” Yes, I do remember that thunderous pounding of the copy machine in Building D punctuated by some of the choicest epithets I have heard this side of the Pacifi c. That was truly unmistakable! Luckily, I have quickly learned from my own experiences that peers who help you fi nd mistakes before you make them, are your best friends in the business. Those who help you fi nd them after you make them are your well-wishers. And those who never say a word, before or after, are your real mistakes. Make no mistake about that!
In the scientifi c and engineering community of today, we are all becoming increasingly subject to the same level of critical examination and crosschecks as anyone else out there. No longer can we hide behind the mistakes of others, or rant and rail to misdirect attention away from our own mistakes. We must therefore learn to come clean whenever necessary, and also to do that as quickly as possible to avoid any signifi cant fallout from our erroneous actions or advice. For that is what will ultimately drive progress—ours and theirs. We must likewise also start demanding the same standards from everybody associated with the fi eld. No longer should we take shiny fl yers, media presentations, or slick online tools at face value. The bar must be raised, and very soon. Power happens to be so tricky an area that not only are there plenty of honest mistakes abounding (and I make my fair share everyday), but this fi eld also offers plenty of exotic buzzwords, scary equations, and impressivesounding “trade-off claims” to take refuge under—if that’s what you intended. Therefore, even vendors, for example, however high and mighty they may be, need to be subject to the same level of intense scrutiny that we are expecting to fall on ourselves. That is just engineering the way I understand it. If we don’t, I feel the costs will simply proliferate and grow for all concerned. The world is shrinking with every passing day, and in fact we are already deeply connected. Can we really afford to pretend otherwise?
Finally, it is time for me to say goodbye. Three books, you’ll agree, are enough! There just can’t be another one. This book was, therefore, my last chance to tell you some of the stories behind the experiences. I was also hoping to make it interesting and memorable in the process, make you feel like you lived through it yourself. Because that way, I fi gure, you are less likely to ever forget the technical learnings attached to the stories, either. So as I put my pen down once and for all, I thank you for your tremendous support always. I truly hope you not only learn from this book, but also enjoy it—as much as I did while writing it! I expect this one to be considered rather blunt in places, too, but I promised you the truth and this is it.
“Sanjaya Maniktala”.
Contents:
Chapter 1: Thinking Power
Chapter 2: High-Frequency Effects and the Importance of Input Decoupling
Chapter 3: Output Noise and Filtering
Chapter 4: Using Capacitors Wisely
Chapter 5: Maximizing the Effectiveness of the Ground Plane
Chapter 6: Printed Circuit Board Layout for AC-DC and DC-DC Converters
Chapter 7: Working without a Ground Plane
Chapter 8: Home-Grown Strategies in Troubleshooting
Chapter 9: Effective Bench Work
Chapter 10: Effi ciency Rules
Chapter 11: Magnetics, EMI, and Noise
Chapter 12: Discussion Forums, Datasheets, and Other Real-World Issues