Skip to content
The Fourth Age by Byron Reese. 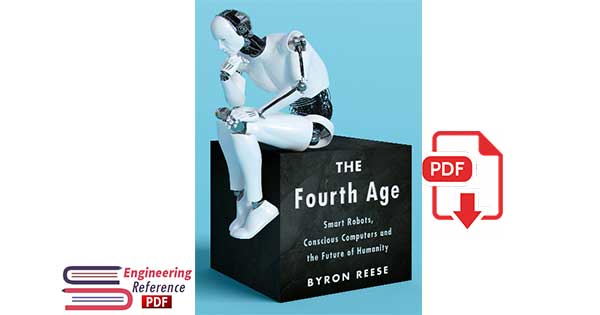 Robots. Jobs. Automation. Articial intelligence. Conscious computers. Superintelligence. Abundance. A jobless future. “Useless” humans. The end of scarcity, Creative computers. Robot overlords, Unlimited wealth.
The end of work. A permanent underclass. Some of these phrases and concepts probably show up in your newsfeed every day. Sometimes the narratives are positive, full of hope for the future, Other And this dichotomy is puzzling. The experts on these various topics, all intelligent and informed people, make predictions about the future that is not just a little dierent, but that is dramatically dierent and diametrically opposed to each other. So, why do Elon Musk, Stephen Hawking, and Bill Gates fear articial intelligence (AI) and express concern that it may be a threat to humanity’s survival in the near future? And yet, why do an equally illustrious group, including Mark Zuckerberg, Andrew Ng, and Pedro Domingos, nd this viewpoint so farfetched as to be hardly even worth a rebuttal? Zuckerberg goes so far as to call people who peddle doomsday scenarios “pretty irresponsible,” while Andrew Ng, one of the greatest minds in AI alive today, says that such concerns are like worrying about “overpopulation on Mars.”
After Elon Musk was quoted as saying “AI is a fundamental risk to the existence of human civilization,” Pedro Domingos, a leading AI researcher, and author, tweeted, “One word: Sigh.” Each group’s members are as condent in their position as they are scornful of the other side, With respect to robots and automation, the situation is the same.
The experts couldn’t be further apart. Some say that all jobs will be lost to automation, or at the very least that we are about to enter a permanent Great Depression in which one part of the workforce will be unable to compete with robotic labor while the other part will live lavish lives of plenty with their high-tech futuristic jobs.
Others roll their eyes at these concerns and point to automation’s long track record of raising workers’ productivity and wages, and speculate that a bigger problem will be a shortage of human laborers. While stghts are uncommon between these groups, there is condescending invective aplenty.
Finally, when considering the question of whether computers will become conscious and therefore alive, the experts disagree yet again. Some believe that it’s an obvious fact that computers can be conscious, and thus any other position is just silly superstition. Others emphatically disagree, saying that computers and living creatures are two very dierent things and that idea of a “living machine” is a contradiction in terms. To those who follow all this debate, the net result is confusion and frustration.
Many throw their hands up and surrender to the cacophony of competing viewpoints and conclude that if the people at the forefront of these technologies cannot agree on what will happen, then what hope do the rest of us have? They begin to view the future with fear and trepidation, concluding that these overwhelming questions must be inherently unanswerable. Is there a path out of this? I think so. It begins when we realize that these experts disagree not because they know dierent things, but because they believe dierent things.
For instance, those who predict we will make conscious computers haven’t come to that conclusion because they know something about consciousness that others don’t, but because they believe something very basic: that humans are fundamentally machines. If humans are machines, it stands to reason that we can eventually build a mechanical human. On the other hand, those who think that machines will never achieve consciousness often hold that view because they aren’t persuaded that humans are purely mechanical beings.
So that is what this book is about: deconstructing the core beliefs that undergird the various views on robots, jobs, AI, and consciousness. My goal is to be your guide through these thorny issues, dissecting all the assumptions that form the opinions that these experts so passionately and condently avow. This book is not at all about my own thoughts concerning these issues. While I make no deliberate eort to hide my beliefs, they are of little importance to how you, the reader, work your way through this book. My goal is for you to nish this book with a thorough understanding of where your beliefs lead you to these questions.
Then when you hear some Silicon Valley titan or distinguished professor or Nobel laureate make a condent claim about robots or jobs or AI, you will instantly understand the beliefs that underlie their statements. Where does a journey like this begin? By necessity, far in the past, as far back as the invention of language. The questions we will grapple within this book aren’t about transistors and neurons and algorithms and such. They are about the nature of reality, humanity, and mind.
The confusion happens when we begin with “What jobs will robots take from humans?” instead of “What are humans?” Until we answer that second question, we can’t meaningfully address the rst, So I invite you to join me on a brisk walk through 100,000 years of human history, discussing big questions along the way, and exploring the future to come. This book is a journey. Thank you for taking it with me.
The Fourth Age Smart Robots, Conscious Computers, and the Future of Humanity by Byron Reese | PDF Free Download.
You May Also Like:
⏩Theory of Applied Robotics Kinematics Dynamics and Control free pdf download
Download The Fourth Age by Byron Reese in PDF Format For Free.
Download Now