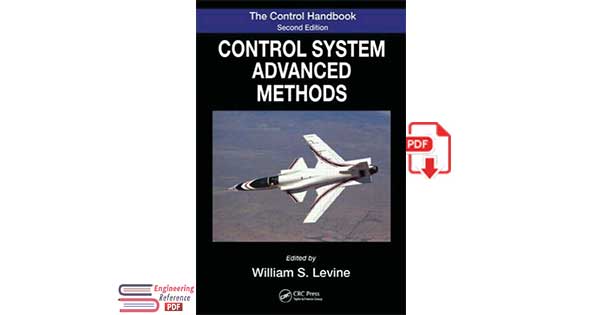 The Control Systems Handbook: Control System Advanced Methods, Second Edition “Electrical Engineering Handbook” 2nd Edition by William S. Levine
As you may know, the first edition of The Control Handbook was very well received. Many copies were sold and a gratifying number of people took the time to tell me that they found it useful. To the publisher, these are all reasons to do a second edition. To the editor of the first edition, these same facts are a modest disincentive. The risk that a second edition will not be as good as the first one is real and worrisome. I have tried very hard to ensure that the second edition is at least as good as the first one was. I hope you agree that I have succeeded.
I have made two major changes in the second edition. The first is that all the Applications chapters are new. It is simply a fact of life in engineering that once a problem is solved, people are no longer as interested in it as they were when it was unsolved. I have tried to find especially inspiring and exciting applications for this second edition.
Secondly, it has become clear to me that organizing the Applications book by academic discipline is no longer sensible. Most control applications are interdisciplinary. For example, an automotive control system that involves sensors to convert mechanical signals into electrical ones, actuators that convert electrical signals into mechanical ones, several computers and a communication network to link sensors and actuators to the computers does not belong solely to any specific academic area. You will notice that the applications are now organized broadly by application areas, such as automotive and aerospace.
One aspect of this new organization has created a minor and, I think, amusing problem. Several wonderful applications did not fit into my new taxonomy. I originally grouped them under the title Miscellaneous. Several authors objected to the slightly pejorative nature of the term “miscellaneous.” I agreed with them and, after some thinking, consulting with literate friends and with some of the library resources, I have renamed that section “Special Applications.” Regardless of the name, they are all interesting and important and I hope you will read those articles as well as the ones that did fit my organizational scheme.
👇 Related book which you can also download just click on a book you like to download it:
There has also been considerable progress in the areas covered in the Advanced Methods book. This is reflected in the roughly two dozen articles in this second edition that are completely new. Some of these are in two new sections, “Analysis and Design of Hybrid Systems” and “Networks and Networked Controls.” There have even been a few changes in the Fundamentals. Primarily, there is greater emphasis on sampling and discretization. This is because most control systems are now implemented digitally. I have enjoyed editing this second edition and learned a great deal while I was doing it. I hope that you will enjoy reading it and learn a great deal from doing so. William S. Levine