Skip to content
The Control Handbook: Control System Fundamentals, Second Edition “Electrical Engineering Handbook” 2nd Edition by William S. Levine.
Contents:
SECTION I Mathematical Foundations
1 Ordinary Linear Differential and Difference Equations.
2 The Fourier, Laplace, and z-Transforms
3 Matrices and Linear Algebra
4 Complex Variables
SECTION II Models for Dynamical Systems
5 Standard Mathematical Models
6 Graphical Models
7 Analysis Methods
8 Stability Tests
9 Design Methods
SECTION IV Digital Control
10 Discrete-Time Systems
12 Discrete-Time Equivalents of Continuous-Time Systems
13 Design Methods for Discrete-Time, Linear Time-Invariant Systems
14 Quantization Effects
15 Sample-Rate Selection
16 Real-Time Software for Implementation of Feedback Control
17 Programmable Controllers
SECTION V Analysis and Design Methods for Nonlinear Systems
18 Analysis Methods
19 Design Methods
Preface to the Second Edition: As you may know, the first edition of The Control Handbook was very well received. Many copies were sold and a gratifying number of people took the time to tell me that they found it useful. To the publisher, these are all reasons to do a second edition. To the editor of the first edition, these same facts are a modest disincentive. The risk that a second edition will not be as good as the first one is real and worrisome. I have tried very hard to insure that the second edition is at least as good as the first one was. I hope you agree that I have succeeded.
I have made two major changes in the second edition. The first is that all the Applications chapters re new. It is simply a fact of life in engineering that once a problem is solved, people are no longer as interested in it as they were when it was unsolved. I have tried to find especially inspiring and exciting applications for this second edition. 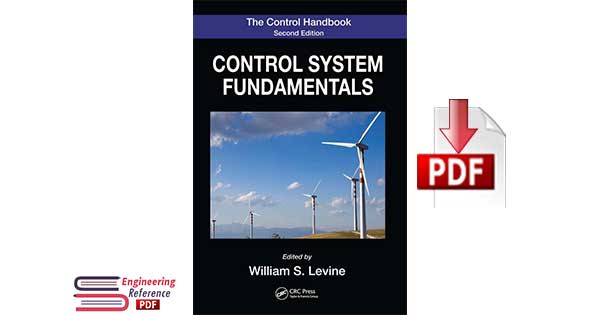 Secondly, it has become clear to me that organizing the Applications book by academic discipline is no longer sensible. Most control applications are interdisciplinary. For example, an automotive control system that involves sensors to convert mechanical signals into electrical ones, actuators that convert electrical signals into mechanical ones, several computers and a communication network to link sensors and actuators to the computers does not belong solely to any specific academic area. You will notice that the applications are now organized broadly by application areas, such as automotive and aerospace. One aspect of this new organization has created a minor and, I think, amusing problem. Several wonderful applications did not fit into my new taxonomy. I originally grouped them under the title Miscellaneous. Several authors objected to the slightly pejorative nature of the term “miscellaneous.” I agreed with them and, after some thinking, consulting with literate friends and with some of the library resources, I have renamed that section “Special Applications.” Regardless of the name, they are all interesting and important and I hope you will read those articles as well as the ones that did fit my organizational scheme.
There has also been considerable progress in the areas covered in the Advanced Methods book. This is reflected in the roughly two dozen articles in this second edition that are completely new. Some of these are in two new sections, “Analysis and Design of Hybrid Systems” and “Networks and Networked Controls.” There have even been a few changes in the Fundamentals. Primarily, there is greater emphasis on sampling and discretization. This is because most control systems are now implemented digitally. I have enjoyed editing this second edition and learned a great deal while I was doing it. I hope that you will enjoy reading it and learn a great deal from doing so.
William S. Levine
From The Book Cover:
At publication. The Control Handbook immediately became the definitive resource that engineers working with modern control systems required. Among its many accolades, that first edition was cited by the AAP as the Best Engineering Handbook of 1996,
Now, 15 years later, William Levine has once again compiled the most comprehensive and authoritative resource on control engineering. He has fully reorganized the text to reflect the technical advances achieved since the last edition and has expanded its contents to include the multidisciplinary perspective that is making control engineering a critical component in so many fields. Now expanded from one to three books. The Control Handbook, Second Edition brilliantly organizes cutting-edge contributions from more than 200 leading experts representing every corner of the globe. The first book, Control System Fundamentals, offers an overview for those new to the field but is also of great value to those across any number of fields whose work is reliant on but not exclusively dedicated to control systems. Covering mathematical undamentals, defining principles, and basic system approaches, this book –
• Details essential background, including transforms and complex variables
• Includes mathematical and graphical models used for dynamical systems
• Covers analysis and design methods and stability testing for continuous-time systems
•Delves into digital control and discrete-time systems, including real-time software for implementing feedback control and programmable controllers
•Analyzes design methods for nonlinear systems
As with the first edition, the new edition not only stands as a record of accomplishment in control engineering but provides researchers with the means to make further advances, Progressively organized, the other two books in the set include:
• Control System Applications
• Control System Advanced Methods
The Control Handbook Control System Fundamentals, Second Edition by William S. Levine.
Book Details:
⏩Edition: 2nd edition
⏩Author: William S. Levine
⏩Puplisher: CRC Press
⏩Puplication Date: December 16, 2010
⏩Language: English
⏩Pages: 788
⏩Size: 6.99 MB
⏩Format: PDF
Download The Control Handbook: Control System Fundamentals, Second Edition “Electrical Engineering Handbook” 2nd Edition by William S. Levine in pdf format for free.