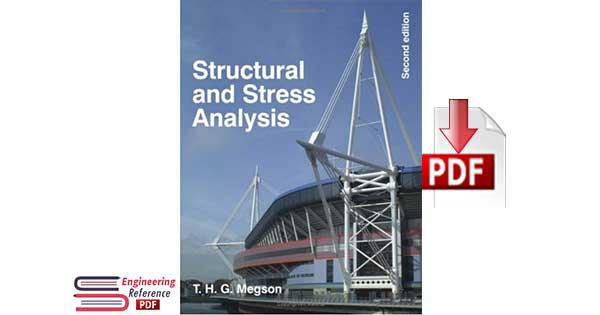 Since ‘Structural and Stress Analysis’ was first published changes have taken place in courses leading to degrees and other qualifications in civil and structural engineering. Universities and other institutions of higher education have had to adapt to the different academic backgrounds of their students so that they can no longer assume a basic knowledge of, say, mechanics with the result that courses in structural and stress analysis must begin at a more elementary stage. The second edition of ‘Structural and Stress Analysis’ is intended to address this issue.
Although the feedback from reviewers of the first edition was generally encouraging there were suggestions for changes in presentation and for the inclusion of topics that had been omitted. This now means, in fact, that while the first edition was originally intended to cover the first two years of a degree scheme, the second edition has been expanded so that it includes third- and fourth-year topics such as the plastic analysis of frames, the finite element method and yield line analysis of slabs. Furthermore, the introductions to the earlier chapters have been extended and in Chapter 1, for example, the discussions of structural loadings, structural forms, structural elements and materials are now more detailed. Chapter 2, which presents the principles of statics, now begins with definitions of force and mass while in Chapter 3 a change in axis system is introduced and the sign convention for shear force reversed. Chapters 4, 5 and 6, in which the analysis of trusses, cables and arches is presented, remain essentially the same although Chapter 4 has been extended to include an illustration of a computer-based approach.
In Chapter 7, stress and strain, some of the original topics have been omitted;
these are some examples on the use of strain energy such as impact loading, suddenly applied loads and the solutions for the deflections of simple structures and the analysis of a statically indeterminate truss which is covered later.
The discussion of the properties of engineering materials in Chapter 8 has been expanded as has the table of material properties given at the end of the chapter. Chapter 9 on the bending of beams has been modified considerably. The change in axis system and the sign convention for shear force is now included and the discussion of the mechanics of bending more descriptive than previously. The work on the plastic bending of beams has been removed and is now contained in a completely new chapter (18) on plastic analysis. The introduction to Chapter 10 on the shear of beams now contains an illustration of how complementary shear stresses in beams are produced and is also, of course, modified to allow for the change in axis system and sign convention. Chapter 11 on the torsion of beams remains virtually unchanged as does Chapter 12 on composite beams apart from the change in axis system and sign convention. Beam deflections are considered in Chapter 13 which is also modified to
accommodate the change in axis system and sign convention.
The analysis of complex stress and strain in Chapter 14 is affected by the change in axis system and also by the change in sign convention for shear force. Mohr’s circle for stress and for strain are, for example, completely redrawn.
Chapters 15 and 16, energy methods and the analysis of statically indeterminate structures, are unchanged except that the introduction to matrix methods in Chapter 16 has been expanded and is now part of Chapter 17 which is new and includes the finite element method of analysis.
Chapter 18, as mentioned previously, is devoted to the plastic analysis of beams and frames while Chapter 19 contains yield line theory for the ultimate load analysis of slabs.
Chapters 20 and 21, which were Chapters 17 and 18 in the first edition, on influence lines and structural instability respectively, are modified to allow for the change in axis system and, where appropriate, for the change in sign convention for shear force. Two appendices have been added. Appendix A gives a list of the properties of a range of standard sections while Appendix B gives shear force and bending moment distributions and deflections for standard cases of beams.
Finally, an accompanying Solutions Manual has been produced which gives detailed solutions for all the problems set at the end of each chapter.
You May Also Like: