Skip to content
Solvent Effects in Chemistry Second Edition by Erwin Buncel and Robert A. Stairs.
Contents:
1 Physicochemical Foundations
2 Unreactive Solvents
3 Reactive Solvents
4 Chemometrics: Solvent Effects and Statistics
5 Theories of Solvent Effects
6 Dipolar Aprotic Solvents
7 Examples of Other Solvent Classes
8 New Solvents and Green Chemistry
9 Concluding Observations
Preface to the Second Edition:
The present work is in effect the second edition of Buncel, Stairs, and Wilson’s (2003) The Role of the Solvent in Chemical Reactions. In the years since the appearance of the first edition, the repertoire of solvents and their uses has changed considerably. Notable additions to the list of useful solvents include room‐temperature ionic liquids, fluorous solvents, and solvents with properties “switchable” between different degrees of hydrophilicity or polarity. The use of substances at temperatures and pressures near or above their critical points as solvents of variable properties has increased. Theoretical advances toward understanding the role of the solvent in reactions continue. There is currently much activity in the field of kinetic solvent isotope effects. A search using this phrase in 2002 yielded 118 references to work on their use in elucidating a large variety of reaction mechanisms, nearly half in the preceding decade, ranging from the SN2 process (Fang et al., 1998) to electron transfer in DNA duplexes (Shafirovich et al., 2001). Nineteen countries were represented: see, for example, Blagoeva et al. (2001), Koo et al. (2001), Oh et al. (2002), Wood et al. (2002). A similar search in 2013 yielded over 25,000 “hits.”
The present edition follows the pattern of the first in that the introductory chapters review the basic thermodynamics and kinetics needed for describing and understanding solvent effects as phenomena. The next chapters have been revised mainly to improve the presentation. The most changed chapters are near the end, and attempt to describe recent advances. 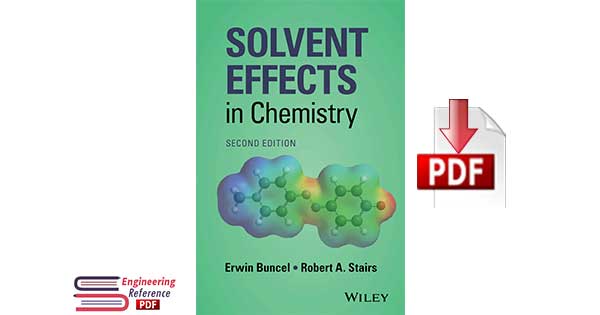