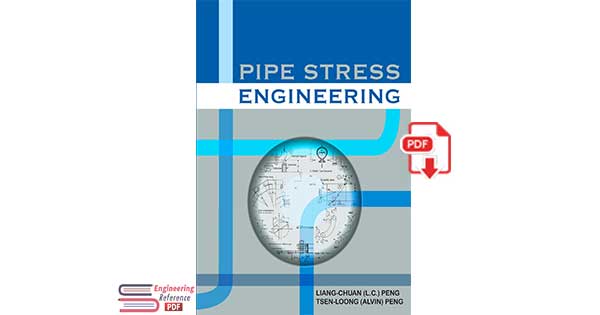 Pipe Stress Engineering 1st Edition by Liang-Chuan Peng, Tsen-Loong Peng.
There is a treatment of the background theory behind the piping design in this book. He also provides a number of real-life case studies on failures that occurred due to issues that are very non-intuitive.
Generally, The book could be improved by having more focus on the use of computer packages for stress analysis. One glaring omission from the book is that it ignores the fact that the piping codes make no allowance for branch flexibilities, whereas they do exist in real life, and on larger lines, they can help a lot. There are methods available to include branch flexibilities but they are not mentioned or dealt with in the book.
The book is ideal for piping engineers, piping designers, plant engineers, and mechanical engineers working in the power, petroleum refining, chemical, food processing, and pharmaceutical industries. It will also serve as a reference for engineers working in building and transportation services. It can be used as an advanced text for graduate students in these fields.
🙋 My review of this book:
This is a must-have book for all piping engineers. I have found it to answer a lot of questions especially in pipe stress analysis which other piping books and references couldn’t answer. It even discusses in detail several analysis methods and how they have evolved with the changes in codes.
👇 Related books which you can also download just click on a book you like to download it: