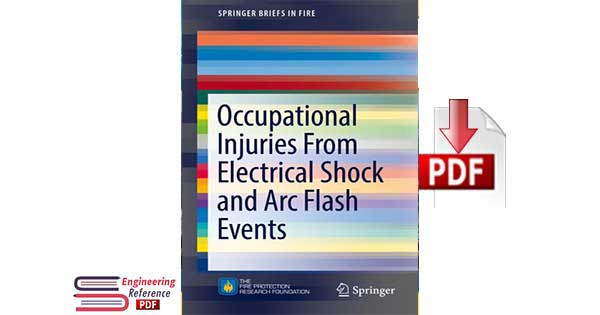 Preface: Electrical injuries represent a serious workplace health and safety issue. Data from the U.S. Bureau of Labor Statistics (BLS) indicate that there were nearly 6000 fatal electrical injuries to workers in the U.S. between 1992 and 2013. BLS data also indicate that there were 24,100 non-fatal electrical injuries from 2003 through 2012, the most recent 10-year period for which data is available. The number of fatal workplace electrical injuries has fallen steadily and dramatically over the past 20 years, from 334 in 1992 to 139 in 2013. However, the trend with non-fatal electrical injuries is less consistent. Between 2003 and 2009, non-fatal injury totals ranged from 2390 in 2003 to 2620 in 2009, with a high of 2950 injuries in 2005. Non-fatal injury totals between 2010 and 2012 were the lowest over this 10-year period, with 1890 non-fatal injuries in 2010, 2250 in 2011, and 1700 in 2012.
There has been little change in the non-fatal electrical injury incidence rate over the past decade. Injury rates represent an important measure by taking account of injury occurrence relative to the underlying population. From 2003 through 2009, the non-fatal electrical injury incidence rate was 0.3 per 10,000 workers across all industry each year. The rate fell to 0.2 in 2010, rose again to 0.3 in 2011, and fell again to 0.2 in 2012.
The leading electrical injury event for non-fatal injuries between 2003 and 2010 (after which changes were introduced in injury event codes) was “contact with electric current of machine, tool, appliance, or light fi xture,” which accounted for 37 % of the injuries during this period. The second leading non-fatal electrical injury event was “contact with wiring, transformers, or other electrical components,” with 35 % of injuries. Other leading event categories included “contact with electric current, unspecifi ed” (11 %) and “contact with electric current, not elsewhere classifi ed” (10 %). “Contact with overhead powerlines,” which was the cause of over 40 % of fatal electrical injuries, accounted for only 2 % of the non-fatal injuries. Additional Findings:
• A review of select Occupational Safety and Health Administration (OSHA) investigations of electrical injury incidents and prior research indicate that work inappropriately performed on energized equipment is associated with a substantial share of electrical injuries. Some of the work on energized equipment is inadvertent and results from a failure to recognize all electrical sources. Thorough prejob planning with qualifi ed personnel is essential for identifying all electrical sources, including unanticipated hazards that are not included in drawings.
• Prior research indicates that time pressures and supervisor demands contribute to workers taking shortcuts with safety requirements. Workers may receive mixed messages when organizational communications counsel them to follow safety procedures while also emphasizing the importance of keeping to production schedules or other factors that may compromise safety.
• Many workers who experience electrical injury have insuffi cient training for working on or around energized electrical equipment.
• Failure to use appropriate personal protective equipment for electrical safety work practices is a contributing factor in many electrical injuries.
Priority Issues:
• Reduce the practice of inappropriately working on energized electrical conductors and circuit parts. NFPA 70E only permits energized work where (1) deenergizing introduces additional hazards or increased risk, (2) equipment design or operational limitations make it infeasible to de-energized, (3) less than 50 V is involved, or (4) the work only involves normal operation of properly installed and maintained equipment.
• Improve the provisions for and mandatory use of all appropriate personal protective equipment for workers exposed to electrical hazards and improve the recognition of the level and type of personal protective equipment for electrical safety work practices required for specifi c situations.
• Improve training in the recognition and avoidance of electrical hazards that might be present with respect to the equipment and work methods involved. This should also include essential electrical safety work practices for non-electrical workers, supervisors of non-electrical workers, and workers who repair or troubleshoot electrical machinery or equipment.
• Require that all employers implement an overall electrical safety program as part of their occupational health and safety management system. This program should include, among others, risk assessment procedures to address employee exposure to electrical hazards. This risk assessment must identify hazards, assess risks, and implement control measures according to a hierarchy of approved methods.
Quincy, MA Richard B. Campbell
Northbrook, IL David A. Dini
Occupational Injuries From Electrical Shock and Arc Flash Events free pdf download.