Skip to content
Life Cycle Costing for the Analysis, Management and Maintenance of Civil Engineering Infrastructure by John W. Bull.
Introduction
A number of studies have considered life cycle environmental impacts from the housing sector (e.g. Adalberth, 1997; Adalberth et al., 2001; Peuportier, 2001; Asif et al., 2007; Hacker et al., 2008; Hammond and Jones, 2008; Bribián et al., 2009; Oritz et al, 2009; Mohan and Powell, 2010; Cuéllar-Franca and Azapagic, 2012) but the life cycle costs have seldom been addressed. And yet, economic aspects such as housing costs and affordability are important for the sustainable development of the residential construction sector.

The housing sector is very important for the UK economy as it directly affects the economic growth (HC, 2008). For example, in 2010, the construction industry contributed 8.5% of the UK’s total gross domestic product (GDP) of £1.45 trillion, to which the residential sector contributed 40% (UKCG, 2009). After Denmark and Greece, the UK has the highest housing prices across the European Union with people spending around 40% of their income on housing costs such as mortgage payments and energy bills (Eurostat, 2012). The latter is the cause of fuel poverty of around six million households owing to the rising energy prices (DECC, 2009; Bolton, 2010). 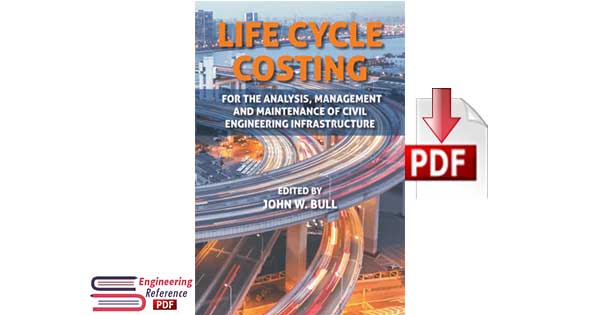 It is therefore important to understand the full costs of housing and their main sources along the whole supply chain. This is the subject of this chapter, which sets out to estimate the life cycle costs of the current housing stock in the UK and identify cost reduction  opportunities. Three typical types of houses are considered:  detached, semi-detached and terraced houses (Utley and Shorrock, 2008). This work complements a previous study on life cycle  environmental impacts of the current housing stock in the UK (Cuéllar-Franca and Azapagic, 2012), which are also briefly discussed later in the chapter as part of an improvement analysis. As far as the authors are aware, this is the first life cycle cost study of the housing sector in the UK. Elsewhere, only two life cycle costing (LCC) studies of individual houses have been found in literature, one based in Finland (Hasan et al., 2008) and another in the USA (Keoleian et al., 2000).

Life Cycle Costing: For the Analysis, Management and Maintenance of Civil Engineering Infrastructure.