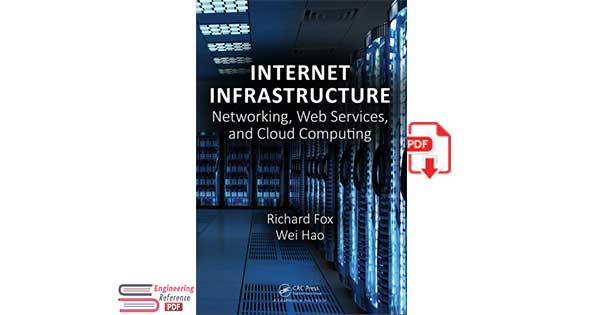 Internet Infrastructure: Networking, Web Services, and Cloud Computing by Richard Fox, Wei Hao.
Look around the textbook market and you will find countless books on computer networks, data communication, and the Internet. Why did we write this textbook? We generally see these books taking one of three forms. The first are the computer science and business-oriented texts that are heavy on networking theory and usage with little emphasis on practical matters. They cover Transmission Control Protocol/Internet Protocol (TCP/IP), Internet servers, and the foundations for telecommunications but do not provide guidance on how to implement a server. The second are the books that take the opposite approach: strictly hands-on texts with little to know the theory or foundational material. In teaching computer information technology courses, we have found numerous books that instruct students on how to configure a server but not on how the server actually works. Finally, there are books on socket-level programming.
This textbook attempts to combine the aspects of the first and second groups mentioned previously. We do so by dividing the material roughly into two categories: concept chapters and case study chapters. We present networks and the Internet from several perspectives: the underlying media, the protocols, the hardware, the servers and their uses. For many of the concepts covered, we follow them with case study chapters that examine how to install, configure, and secure a server that offers the given service discussed.
This textbook can be used in several different ways for a college course. As a one-semester introduction to computer networks, teachers might try to cover the first five chapters. These chapters introduce local area networks (LANs), wide area networks (WANs), wireless LANs, tools for exploring networks, and the domain name system. Such a course could also spotlight later topics such as the Hypertext Transfer Protocol (HTTP) and cloud computing. A two-semester sequence on networks could cover the entire book, although some of the case studies might be shortened if the course is targeting computer science or business students as that audience may not know servers such as Apache and Squid in depth. A computer information technology course might cover the case studies in detail while covering the concept chapters as more of an overview. Finally, an advanced networking course might cover Domain Name System (DNS) (Chapter 5), HTTP (Chapter 7), proxy servers (Chapter 9), and cloud computing (Chapters 11 and 12).
As we wrote this textbook, it evolved several times. Our original intention was to write a book that would directly support our course CIT 436/536 (Web Server Administration). As such, we were going to cover in detail the Bind DNS name server, the Apache web server, and the Squid proxy server. However, as we wrote this book, we realized that we should provide background on these servers by discussing DNS, Dynamic Host Configuration Protocol, HTTP, HTTP Secure, digital certificates and encryption, web caches, and the variety of protocols that support web caching. As we expanded the content of the text, we decided that we could also include introductory networking content as well as advanced Internet content, and thus, we added chapters on networks, LANs and WANs, TCP/IP, TCP/IP tools, cloud computing, and an examination of the Amazon Cloud Service. The book grew to be too large. Therefore, to offset the cost of a longer textbook, we have identified the content that we feel could be moved out of the printed book and made electronically available via the textbook’s companion website. Most of the items on the website are not optional reading but significant content that accompanies the chapters that it was taken from. You will find indicators throughout the book of additional readings that should be pursued.
In addition to the text on the website, there are a number of other useful resources for faculty and students alike. These include a complete laboratory manual for installing, configuring, securing, and experimenting with many of the servers discussed in the text, PowerPoint notes, animation tutorials to illustrate some of the concepts, two appendices, glossary of vocabulary terms, and complete input/output listings for the example Amazon cloud operations covered in Chapter 12.
👇 Related books which you can also download, just click on a book you like to download it: