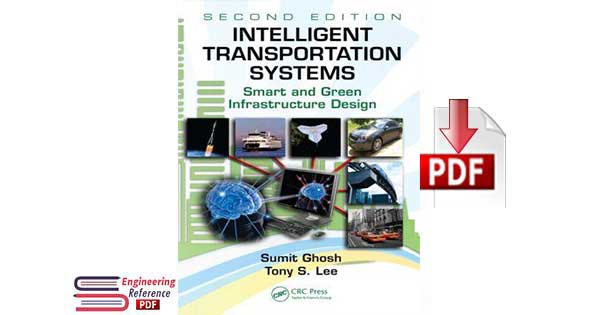 It has been more than 10 years since we sat down to write the first edition, Intelligent Transportation Systems: New Principles and Architectures with great excitement, back in 1999. Since then a number of significant and encouraging improvements have been incorporated into transportation systems, worldwide, while a number of areas are continuing to witness rapid deterioration. One undeniable fact stands clear. The promise of intelligent transportation systems (ITS) is greater than ever before, and it is yet to be fulfilled. The congestion, uncertainty, and the lack of a clear direction for the future of transportation continue to persist. Key impediments include the absence of a critical mass of ITS engineer-scientists with the right background and training as well as the lack of adequate research and development thrusts, worldwide. This book is intended to serve as a reminder, within the United States, of not only the development of educational programs focused on ITS directed toward the future transportation workforce but also the professional capacity building initiatives underlying the current transportation workforce. Both of these may be traced to a formidable challenge that we have already begun to encounter in the twenty-first century in virtually every field—the need for a completely new mindset that is intimately connected to interdisciplinary, transdisciplinary, or cross-disciplinary research and education.
Our activities, engagements, and experiences over the past 10 years in ITS and related fields have provided us with a few startling revelations, unique insights, and meta-level principles, which we have incorporated in this revised edition. We had already focused on intelligent decision making and efficiency as the hallmark characteristics of ITS. In this edition, we emphasize the fractal nature of both intelligence and creativity, which serves as a great inspiration toward analyzing the most complex ITS problems at incredible depths and subtlety and promises to yield amazing solutions to nearly impossible problems. Properly cultivated, this fractal attribute offers a viable and practical path toward continuous quantum advancements, ad infinitum. We also observe that the efficiency attribute of ITS is analogous to the ubiquitous “green” color of life on earth in that both ITS and life aim to utilize the least amount of energy and achieve the greatest degree of order, the antithesis of which is entropy or disorder. Our research also reveals that efficiency is equally fractal in nature.
We owe immense gratitude to Dr. Frank Kreith, the series editor and a Fellow of the National Conference of State Legislatures. It was the most pleasant surprise when he kindly called late April 2009 and suggested that we consider revising the book, given that there is significantly greater interest in ITS today than back in 1999. There is an obvious explanation for the growing interest, namely, the billions of dollars allocated by U.S. Congress to repair roads, bridges, and infrastructure under the American Recovery and Reinvestment Act of 2009. There is, however, a deeper unseen reason. The United States has a rich history of creativity, innovation, and entrepreneurial commercialization of ideas. Of even greater importance, however, is that this nation has a history of breaking out of economically distressed times with incredible explosions of efficiency and innovation. Between 1930 and 1950, radar, nuclear energy, interstate highways, transistors, and computers had reshaped the economic landscape of the United States as well as that of the entire world. In 2010, the discipline of ITS with its unlimited scope stands ready to serve in this great tradition.
In this edition, we have included two new chapters. Chapter 1 critically reviews important developments and implementations of ITS, worldwide, and presents key challenges continuing to confront ITS. Chapter 2 is organized into three parts. The first part presents the meta-level principles and insights, while the second part explains how the insight and meta-principles may be applied to real-world ITS problems. The third part poses a number of formidable challenges for ITS, which, if and when solved utilizing the meta-level and ITS principles, will imply a quantum leap in technology and unlimited societal benefits. It is our hope that transportation personnel in municipalities, counties, and states across the United States as well as in India, China, and other nations of the world will review the ideas presented in this book and seriously consider adopting them in their current and planned roads, highways, bridges, and infrastructure projects. Among the promised benefits, the quality and operational lives of these projects may be extended far into the distant future. The fundamental characteristics and principles of ITS systems in Chapter 3 have been further elaborated in this revised edition.
As an industry, ITS holds tremendous potential for private–public partnership. However, it is yet to be studied thoroughly as an industry. ITS is vast and its many dimensions include technical, operational, policy, privacy, standards, business, financing, political, and how it can be linked with other industries to foster growth and wealth creation. This book focuses primarily on the technical and operational issues and, secondarily, on the policy issues of ITS.