Skip to content
Encyclopedia of Chemistry by Don Rittner, Ronald A Bailey.
Contents:
▪Acknowledgments
▪Preface
▪Introduction
▪A-to-Z Entries
▪Feature Essays: “The Power of Chemistry: Natural versus
▪Synthetic Compounds” by Theresa Beaty, Ph.D.
▪“What a Crime Lab Does, It Does with Chemistry” by Harry K. Garbe
▪“Molecular Modeling” by Karl F. Moschner, Ph.D.
▪“The Role of Chemistry” by Karl F. Moschner, Ph.D.
▪Appendixes:
▪Appendix 1 Bibliography
▪Appendix II Chemistry-Related Web Sites
▪Appendix III Chemistry Software Sources
▪Appendix IV Nobel Laureates Relating to Chemistry
▪Appendix V Periodic Table of Elements
▪Appendix VI Chemical Reaction Types
▪Appendix VII Metals and Alloys
▪Index
PREFACE:
Students beginning their study of chemistry are faced with understanding many terms that are puzzling and unrelated to contexts that make them understandable. Others may seem familiar, but in chemistry they have meanings that are not quite the same as when used in popular discourse. In science, terms need to have definite and specific meanings. One of the purposes of the Encyclopedia of Chemistry is to provide definitions for many of these terms in a manner and at a level that will make their meanings clear to those with limited backgrounds in chemistry, and to those in other fields who need to deal with chemistry. The International Union of Pure and Applied Chemistry (IUPAC), an international organization of chemists and national chemistry societies, makes the final determination of terminology and nomenclature in chemistry. Among other things, this organization decides the names for new elements and sets up systematic rules for naming compounds so that a given structure can be defined uniquely. Compounds are frequently called by common or trade names, often because their IUPAC names may be long and complex, but the IUPAC name permits a chemist to know the structure of any compound based on the rules of the terminology, while the common name requires remembering what structure goes with what name.
Chemistry has been called “the central science” because it relates to and bridges all of the physical and biological sciences. For example, biology, as it focuses more and more on processes at the cellular and molecular level, depends heavily on chemistry. There is great overlap within the fields in biochemistry, the study of the chemical processes that take place in biological systems, and in chemical biology, the latter term being used to describe the broader area of the application of chemical techniques and principles to biology-related problems. Because of this overlap, this encyclopedia has many entries that relate to biological sciences as well as to chemistry. Similarly, there is overlap with geology, some areas of physics, and any field related to the environment, among others. 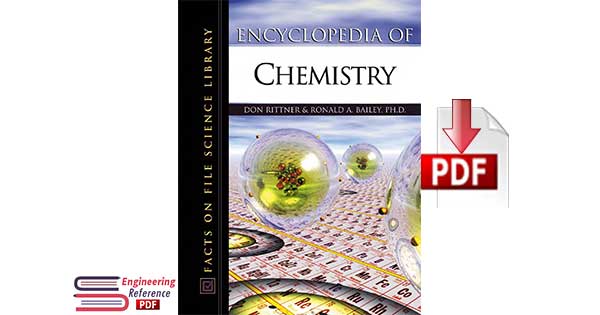 While we can define chemistry, it is more difficult to describe what a chemist actually does. The comic book image of a chemist as someone in a white coat surrounded by test tubes and beakers, if it ever had any basis in reality, is far from accurate now. Nowadays, while the white coat may still be in style, a chemist is more likely to be surrounded by complicated instruments such as spectrometers and chromatographs. The type of work a chemist does falls into four general areas: first, synthetic chemistry is involved with the discovery of new materials or finding improved ways of making existing ones; materials can be organic, for example, pharmaceuticals and polymers, or inorganic such as superconducting materials. Second, analytical chemistry is focused on determining what or how much of a substance is present, or identifying its structure, or developing new ways of making these measurements. Third, physical chemistry is the study of reactions and energetics and finding the physical properties of a material and the relation between these properties and composition and structure. Finally, computational or theoretical chemistry involves the use of theoretical methods to calculate expected properties and so guide those doing experimental work. The work of any chemist usually involves several of these aspects, even though one may be predominant. Chemists may also call themselves organic chemists if they work primarily with compounds of carbon; inorganic chemists, if they work mostly with other elements; biochemists if they work with biological materials or systems; geochemists if they are concerned with geological materials; astrochemists if they study the chemistry of stars and other planets; and so on. There are many other combinations.
Chemical engineers, on the other hand, usually have different training than chemists. Both disciplines require knowledge of chemistry, but the chemical engineer is more concerned with practical applications, and there are differences in novelty and scale. A chemist is more likely to be developing new compounds and materials; a chemical engineer is more likely to be working with existing substances. A chemist may make a few grams of a new compound, while a chemical engineer will scale up the process to make it by the ton, and at a profit. The chemical engineer will be more concerned with heating and cooling large reaction vessels, pumps and piping to transfer materials, plant design and operation, and process optimization, while a chemist will be more concerned with establishing the details of the reactions before the plant is designed. These differences are generalizations; there is often much overlap.
The variety of fields in which a chemist can work is extensive. Because chemistry is such a broad science, chemists can work on the interface with many other sciences, and even move into other fields. The primary area, of course, is the chemical industry, pharmaceuticals, polymers and plastics, semiconductor and other solid-state materials, and related fields. Examples of activities include research, quality control and property testing, and customer service. In other areas, modern medicine depends heavily on chemistry and involves many chemists in drug development and testing. Forensic science has a very large chemistry component, and many forensic scientists are in fact chemists. These are just a few of the fields in which chemistry plays a role.
— Ronald A. Bailey, Ph.D., is professor and associate chair of the department of chemistry and chemical biology at Rensselaer Polytechnic Institute in Troy, New York
INTRODUCTION:
Facts On File’s Encyclopedia of Chemistry is a reference to understanding the basic concepts in chemistry and its peripheral disciplines—crystallography; analytical, surface, physical, polymer, inorganic, and organic chemistry; bio-, geo-, and electrochemistry; and others. Arranged in alphabetical order, the entries include biographies of individuals who have made major contributions as well as numerous illustrations and photographs to help in visualizing technical concepts.
Chemistry is the study of matter—in its many forms—and the way these forms react with each other. It deals with the smallest of ions that are used in the human body to process energy, with the inner workings of the Earth’s core, and even with the faraway study of the chemical composition of rocks on Mars. Chemistry is a pervasive science, or as an anonymous writer once wrote, “What in the world isn’t chemistry?” To understand basic chemistry is to have a healthy understanding of the complex world around us. It allows us to be amused by knowing that two of the most dangerous chemicals, sodium and chlorine, when combined, make our food taste good (salt, sodium chloride). It also helps us realize that combining chemicals released to the atmosphere by human activities can have serious health effects on us all, or that the wings of a butterfly may hold the key to a cure for cancer. Chemists today work hard to solve many of the leading problems in industry, agriculture, science, and health.
Throughout the pages of this encyclopedia, you will learn the definitions of chemical terms, literally from A to Z, and will read fascinating biographies of some of the leading chemists of the past and present. The volume also includes a set of essays by today’s chemists on the role chemistry plays in our daily lives, ranging from how chemistry helps solve crimes to how it provides dyes for our latest fashions. While this reference book is designed for high school– and collegelevel readers, it can also be used by anyone interested in chemistry and the various subdisciplines or by those who simply want to increase their scientific vocabulary. The encyclopedia also includes a set of helpful appendixes with information about Internet Web sites and chemistryrelated software.
The most important element in using the Encyclopedia of Chemistry can be summarized by a line by novelist Ray Bradbury:
The best scientist is open to experience and begins with romance—the idea that anything is possible.
“Don Rittner”.
Book Details:
⏩Authors: Don Rittner, Ronald A Bailey
⏩Puplisher: Facts on File
⏩Puplication Date: June 1 2005
⏩Language: English
⏩Pages: 353
⏩Size: 8.13 MB
⏩Format: PDF
Download Encyclopedia of Chemistry by Don Rittner, Ronald A Bailey in pdf format for free.