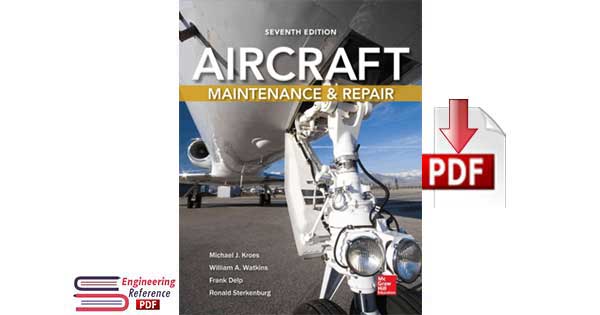 Preface:
In preparing this edition, the authors reviewed FAR Parts 65 and 147, FAA-H8083-30 & 31, AC 43.13-1B & 2B, and manufacturers’ and operators’ manuals and data to ensure that all required areas of study were included.
This revised edition updates material from the previous edition relating to aircraft structures and systems on current operational aircraft. Figures, charts, and photos have been updated to reflect new technology. The advanced composite materials chapter has been completely rewritten to reflect state-of-theart maintenance and repair information and techniques for advanced composite structures used in modern aircraft. Advanced automated systems such as ECAM and EICAS are discussed in most chapters to reflect their operation relative to particular aircraft systems. The structures chapter has been expanded with multiple examples for the calculation of bend allowance and the setup of shop equipment. The hydraulics chapter has been expanded to include the 5000-psi hydraulic systems used in some new aircraft models. A discussion of a centralized fault display system (CFDS) has been added to the troubleshooting chapter.
Michael J. Kroes
Ronald Sterkenburg
About the Authors
Michael J. Kroes has been an aviation practitioner and educator for over 35 years. He has held various FAA certifications, including Airframe and Powerplant Mechanic, Inspection Authorization, Designated Mechanic Examiner, and Designated Engineering Representative, and he holds a commercial pilot license. Mr. Kroes has worked for some of the leading aviation companies, including Raytheon and Allied Signal, and has also spent 25 years as a professor and department head at Purdue University. Recognized as a leading expert on FAA technician certification, he authored a comprehensive study funded by the FAA. This study was used to develop new FAA technician certification content and guidelines. Mr. Kroes resides in Pinehurst, North Carolina.
Ronald Sterkenburg is a professor in the Aviation Technology Department at Purdue University. He is a certificated Airframe and Powerplant (A&P) Mechanic, holds an Inspection Authorization (IA), and is a Designated Mechanic Examiner (DME). Although his main research interests are in advanced composite materials for aerospace vehicles, he has published many articles, book chapters, and books on all types of aviation maintenance topics. Dr. Sterkenburg resides in West Lafayette, Indiana.
Book Details:
Format: PDF
Language: English
Pages: 1661
Size: 40.7 MiB
Download Aircraft Maintenance and Repair Seventh Edition by Michael J. Kroes, William A. Watkins, Frank Delp and Ronald Sterkenburg in free pdf format.