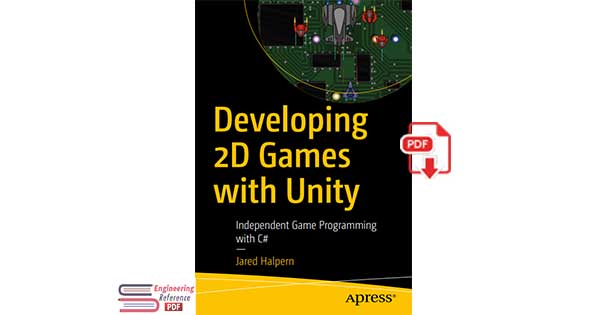 Developing 2D Games with Unity: Independent Game Programming with C# by Jared Halpern.
Who Is This Book For?
This book was written for programmers interested in making video games with Unity. It’s not recommended that you learn to program for the first time while reading this book.
The programming language used in this text is C#. Although this text does not include a C# tutorial, the C# language is syntactically similar to many other popular programming languages. If you’re already familiar with a language such as Java, then the syntax of C# will come naturally to you. Explanations of pertinent aspects of C# are included with the code examples used while building the game in this book.
Developing 2D Games with Unity: Independent Game Programming with C#| Engineering Books.
What Are We Building?
This book is structured toward building a 2D RPG-style game in Unity over the course of eight chapters. The game is in the style of those top-down RPGs from the 1990s, but the concepts can be carried over to create other types of games as well.
You should feel free to tinker with the code, break things, change things around, and tweak values. If you break something and can’t figure out how to fix it, refer to the source code from the Apress GitHub account to fix things. As you’re working your way through this book, remember that it can be helpful to have something explained a different way. If you’re not content with an explanation in this book, or if you would benefit from an alternate explanation, look to the Unity documentation online.
👇 Related books which you can also download, just click on a book you like to download it: