Skip to content
Computer Aided and Integrated Manufacturing Systems – Volume 4: Computer Aided Design / Computer Aided Manufacturing (Cad/Cam) by Cornelius T Leondes.
Preface By Cornelius T Leondes :
Computer Technology This 5 volume MRW (Major Reference Work) is entitled “Computer Aided and Integrated Manufacturing Systems”. A brief summary description of each of the 5 volumes will be noted in their respective PREFACES. An MRW is normally on a broad subject of major importance on the international scene. Because of the breadth of a major subject area, an MRW will normally consist of an integrated set of distinctly titled and well-integrated volumes each of which occupies a major role in the broad subject of the MRW. MRWs are normally required when a given major subject cannot be adequately treated in a single volume or, for that matter, by a single author or coauthors.
Normally, the individual chapter authors for the respective volumes of an MRW will be among the leading contributors on the international scene in the subject area of their chapter. The great breadth and significance of the subject of this MRW evidently calls for treatment by means of an MRW.
As will be noted later in this preface, the technology and techniques utilized in the methods of computer aided and integrated manufacturing systems have produced and will, no doubt, continue to produce significant annual improvement in productivity — the goods and services produced from each hour of work. In addition, as will be noted later in this preface, the positive economic implications of constant annual improvements in productivity have very positive implications for national economies as, in fact, might be expected.
Before getting into these matters, it is perhaps interesting to briefly touch on Moore’s Law for integrated circuits because, while Moore’s Law is in an entirely different area, some significant and somewhat interesting parallels can be seen. In 1965, Gordon Moore, cofounder of INTEL made the observation that the number of transistors per square inch on integrated circuits could be expected to double every year for the foreseeable future. In subsequent years, the pace slowed down a bit, but density has doubled approximately every 18 months, and this is the current definition of Moore’s Law. Currently, experts, including Moore himself, expect Moore’s Law to hold for at least another decade and a half. This is impressive with many significant implications in technology and economies on the international scene. With these observations in mind, we now turn our attention to the greatly significant and broad subject area of this MRW.
“The Magic Elixir of Productivity” is the title of a significant editorial which appeared in the Wall Street Journal. While the focus in this editorial was on productivity trends in the United States and the significant positive implications for the economy in the United States, the issues addressed apply, in general, to developed economies on the international scene. 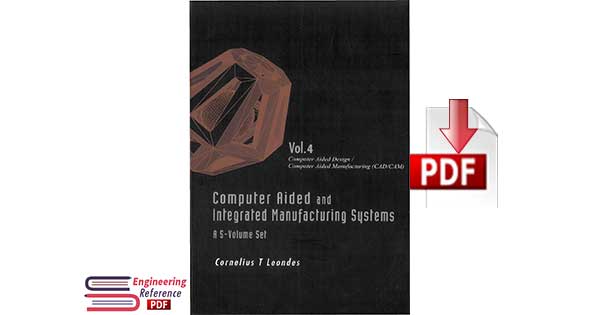 Economists split productivity growth into two components: Capital Deepening which refers to expenditures in capital equipment, particularly IT (Information Technology) equipment: and what is called Multifactor Productivity Growth, in which existing resources of capital and labor are utilized more effectively. It is observed by economists that Multifactor Productivity Growth is a better gauge of true productivity. In fact, computer aided and integrated manufacturing systems are, in essence, Multifactor Productivity Growth in the hugely important manufacturing sector of global economies. Finally, in the United States, although there are various estimates by economists on what the annual growth in productivity might be, Chairman of the Federal Reserve Board, Alan Greenspan — the one economist whose opinions actually count, remains an optimist that actual annual productivity gains can be expected to be close to 3% for the next 5 to 10 years. Further, the Treasure Secretary in the President’s Cabinet is of the view that the potential for productivity gains in the US economy is higher than we realize. He observes that the penetration of good ideas suggests that we are still at the 20 to 30% level of what is possible.
The economic implications of significant annual growth in productivity are huge. A half-percentage point rise in annual productivity adds $1.2 trillion to the federal budget revenues over a period of ten years. This means, of course, that an annual growth rate of 2.5 to 3% in productivity over 10 years would generate anywhere from $6 to $7 trillion in federal budget revenues over that time period and, of course, that is hugely significant. Further, the faster productivity rises, the faster wages climb. That is obviously good for workers, but it also means more taxes flowing into social security. This, of course, strengthens the social security program. Further, the annual productivity growth rate is a significant factor in controlling the growth rate of inflation. This continuing annual growth in productivity can be compared with Moore’s Law, both with huge implications for the economy. The respective volumes of this MRW ” Computer Aided and Integrated Manufacturing Systems” are entitled:
Volume 1: Computer Techniques
Volume 2: Intelligent Systems Technology
Volume 3: Optimization Methods
Volume 4: Computer Aided Design/Computer Aided Manufacturing (CAD/CAM)
Volume 5: Manufacturing Process
A description of the contents of each of the volumes is included in the PREFACE for that respective volume.
There is really very little doubt that all future manufacturing systems and processes will utilize the methods of CAD/CAM (Computer Aided Design/Computer Aided Manufacturing), and this is the subject of Volume 4. Key to the processes of CAD/CAM is the generation of three dimensional shapes, a subject treated at the beginning of this volume, 2D assembly drawings are what are generally utilized for conversion to 3D part drawings in the CAD process in order to generate three dimensional shapes for the CAM process, and this is treated in depth and rather comprehensively in this volume. The evolution of a design process and product is often referred to as an adaptive growth representation in the CAD process and this receives necessary treatment in this volume. Fixture designs for the manufacturing process utilize modular elements, and the CAD methods for this essential process are treated rather comprehensively in this volume.
Finite element techniques are becoming a way of life for CADS and CAE (Computer Aided Engineering) and rather powerful optimization techniques for processes involved here are also treated in depth in this volume. Rapid prototyping techniques are now a way of life in manufacturing systems, and CAD techniques for this are presented in this volume. These and numerous other techniques are treated rather comprehensively in this volume. As noted earlier, this MRW (Major Reference Work) on “Computer Aided and Integrated Manufacturing Systems” consists of 5 distinctly titled and well-integrated volumes. It is appropriate to mention that each of the volumes can be utilized individually. The significance and the potential pervasiveness of the very broad subject of this MRW certainly suggests the clear requirement of an MRW for a comprehensive treatment. All the contributors to this MRW are to be highly commended for their splendid contributions that will provide a significant and unique reference source for students, research workers, practitioners, computer scientists and others, as well as institutional libraries on the international scene for years to come.
Content:
⏩Chapter 1:
Generation of Three-Dimensional Shapes in CAD/CA M Systems
using Art-to-Part Technique
⏩Chapter 2:
Computer Techniques and Applications of Converting 2D Assembly Drawings into 3D Part Drawings in Computer Aided Design
⏩Chapter 3:
Computer Techniques and Applications of Adaptive-Growth-Type
Representation in Computer Aided Design (CAD)
⏩Chapter 4:
Computer-Aided Modular Fixture Design
⏩Chapter 5:
Optimization in Finite Element and Differential Quadrature
Element Analysis Techniques in Computer Aided Design and
Engineering
⏩Chapter 6:
Computer Techniques and Applications in Rapid Prototyping
Book Details:
⏩Author: Cornelius T Leondes
⏩Puplisher: World Scientific Pub Co Inc
⏩Puplication Date: October 7, 2003
⏩Language: English
⏩Pages: 313
⏩Size: 18.3 MB
⏩Format: PDF
Download Computer Aided and Integrated Manufacturing Systems – Volume 4: Computer Aided Design / Computer Aided Manufacturing (Cad/Cam) by Cornelius T Leondes in pdf format for free.