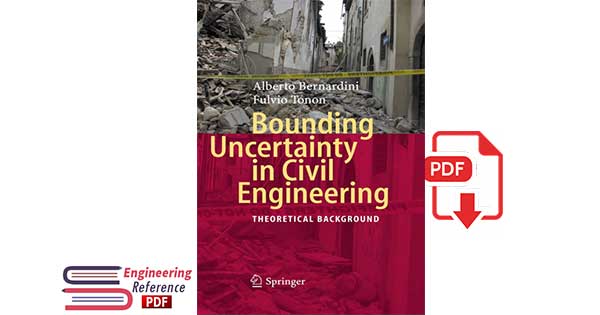 The theories described in the first part of this book summarize the research work that in past 30-40 years, from different roots and with different aims, has tried to overcome the boundaries of the classical theory of probability, both in its objectivist interpretation (relative frequencies of expected events) and in its subjective, Bayesian or behavioral view. Many compelling and competitive mathematical objects have been proposed in different areas (robust statistical methods, mathematical logic, artificial intelligence, generalized information theory). For example, fuzzy sets, bodies of evidence, Choquet capacities, imprecise previsions, possibility distributions, and sets of desirable gambles.
Many of these new ideas have been tentatively applied in different disciplines to model the inherent uncertainty in predicting a system’s behavior or in back analyzing or identifying a system’s behavior in order to obtain parameters of interest (econometric measures, medical diagnosis, …). In the early to mid-1990s, the authors turned to random sets as a way to formalize uncertainty in civil engineering.
It is far from the intended mission of this book to be an all comprehensive presentation of the subject. For an updated and clear synthesis, the interested reader could for example refer to (Klir 2005). The particular point of view of the authors is centered on the applications to civil engineering problems and essentially on the mathematical theories that can be referred to the general idea of a convex set of probability distributions describing the input data and/or the final response of systems. In this respect, the theory of random sets has been adopted as the most appropriate and relatively simple model in many typical problems. However, the authors have tried to elucidate its connections to the more general theory of imprecise probabilities. If choosing the theory of random sets may lead to some loss of generality, it will, on the other hand, allow for a self-contained selection of the arguments and a more unified presentation of the theoretical contents and algorithms.
Finally, it will be shown that in some (or all) cases the final engineering decisions should be guided by some subjective judgment in order to obtain a reasonable compromise between different contrasting objectives (for example safety and economy) or to take into account qualitative factors. Therefore, some formal rules of approximate reasoning or multi-valued logic will be described and implemented in the applications. These rules cannot be confined within the boundaries of a probabilistic theory, albeit extended as indicated above.
Subjects Covered: Within the context of civil engineering, the first chapter provides motivation for the introduction of more general theories of uncertainty than the classical theory of probability, whose basic definitions and concepts (à la Kolmogorov) are recalled in the second chapter that also establishes the nomenclature and notation for the remainder of the book. Chapter 3 is the main point of departure for this book, and presents the theory of random sets for one uncertain variable together with its links to the theory of fuzzy sets, evidence theory, theory of capacities, and imprecise probabilities. Chapter 4 expands the treatment to two or more variables (random relations), whereas the inclusion between random sets (or relations) is covered in Chapter 5 together with mappings of random sets and monotonicity of operations on random sets. The book concludes with Chapter 6, which deals with approximate reasoning techniques. Chapters 3 through 5 should be read sequentially. Chapter 6 may be read after reading Chapter 3.
Level and Background: The book is written at the beginning graduate level with the engineering student and practitioner in mind. As a consequence, each definition, concept or algorithm is followed by examples solved in detail, and cross-references have been introduced to link different sections of the book. Mathematicians will find excellent presentations in the books by Molchanov (2005), and Nguyen (2006) where links to the initial stochastic geometry pathway of Matheron (1975) is recalled and random sets are studied as stochastic models. The authors have equally contributed to the book.
Download Bounding Uncertainty in Civil Engineering: Theoretical Background in free pdf format.
Download Now