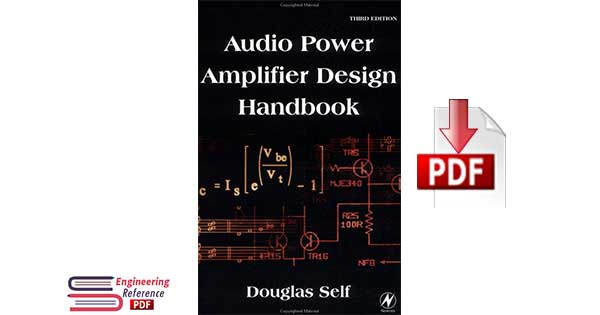 Preface:  The design of power amplifiers exerts a deep fascination all of its own in both amateur and professional circles. The job they do is essentially simple, but making a reliable high-performance circuit to do it well is surprisingly difficult, and involves delving into all kinds of byways of electronics. Perhaps this paradox is at the root of the enduring interest they generate. Reliable information on power amplifier design is hard to find, but in this book, I hope to fill at least some of that need.
It is notable how few aspects of amplifier design have received serious scientific investigation. Much of this book is the result of my own research, because the information required simply was not to be found in the published literature.
In the course of my investigations, I was able to determine that power amplifier distortion, traditionally a difficult and mysterious thing to grapple with, was the hydra-headed amalgamation of seven or eight mechanisms, overlaying each other and contributing to a complex result. I have evolved ways of measuring and minimising each distortion mechanism separately, and the result is a design methodology for making Class-B or Class-A amplifiers with distortion performance so good that two or three years ago it would have been regarded as impossible. The methodology gives pleasingly reliable and repeatable results with moderate amounts of negative feedback, and insignificant added cost. It is described and explained in detail here.
This leads to the concept of what I have called a Blameless amplifier, which forms a benchmark for distortion performance that varies surprisingly little, and so forms a well-defined point of departure for more ambitious and radical amplifier designs. The first of these I have undertaken is the Trimodal amplifier (so-called because it can work in any of the modes A, AB and B, as the situation requires) which is fully described in Chapter 9.
Apart from the major issue of distortion and linearity in power amplifier design, I also cover more mundane but important matters such as reliability, power supplies, overload and DC-protection, and so on. In addition there is unique material on reactive loading, unusual forms of compensation, distortion produced by capacitors and fuses, and much more. I have provided a wide and varied selection of references, so that those interested can pursue the issues further.
Sometimes controversies arise in audio; in fact, it would be truer to say that they have become endemic, despite a lack of hard facts on which genuine differences of opinion might be based. Although audio power amplifiers are in many ways straightforward in their doings, they have not escaped the attentions of those who incline more to faith than science. In my writings, I simply go where the facts lead me, and my experiences as an amateur musician, my work designing professional mixing consoles, and my studies in psychology and psychoacoustics have led me to the firm conclusion that inexplicable influences on audio quality simply do not exist, and that any serious book on amplifier design must start from this premise.
I have done my best to make sure that everything in this book is as correct as theory, simulation, practical measurement and late-night worrying can make it. The basic arguments have been validated by the production of more than twenty thousand high-power Blameless amplifiers over the last two years, which is perhaps as solid a confirmation as any methodology can hope to receive. If some minor errors do remain, these are entirely my responsibility, and when alerted I will correct them at the first opportunity.
I hope this book may be interesting and useful to the amplifier designer and constructor, be they amateur or professional. However, it is my fondest wish that it may stimulate others to further explore and expand the limits of audio knowledge.
Douglas Self
Audio Power Amplifier Design Handbook 3rd edition by Douglas Self pdf.
Book Details:
⏩Edition: 3rd edition
⏩Author: Douglas Self
⏩Publisher: Newnes
⏩Puplication Date: 16th May 2002
⏩Language: English
⏩Pages: 445
⏩Size: 5.91 MB
⏩Format: PDF
Download Audio Power Amplifier Design Handbook Third edition by Douglas Self in pdf format for free.