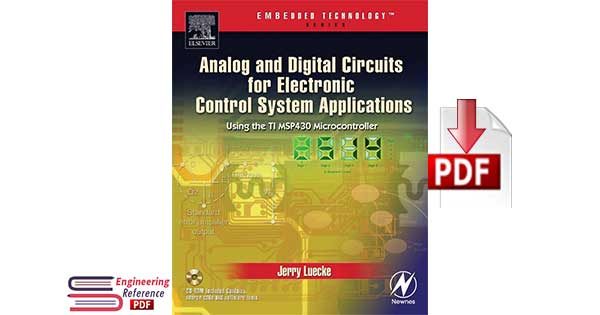 Foreword: The concept of a programmable system-on-chip (SoC) started in 1972 with the advent of the unassuming 4-bit TMS1000 microcomputer—the perfect fit for applications such as calculators and microwave ovens that required a device with everything needed to embed electronic intelligence. Microcomputers changed the way engineers approached equipment design; for the first time they could reuse proven electronics hardware, needing only to create software specific to the application. The result of microcomputer-based designs has been a reduction in both system cost and time-to-market.
More than thirty years later many things have changed, but many things remain the same. The term microcomputer has been replaced with microcontroller unit (MCU)—a name more descriptive of a typical application. Today’s MCU, just like yesterday’s microcomputer, remains the heart and soul of many systems. But over time the MCU has placed more emphasis on providing a higher level of integration and control processing and less on sheer computing power. The race for embedded computing power has been won by the dedicated digital signal processor (DSP), a widely used invention of the ‘80s that now dominates high-volume, computing-intensive embedded applications such as the cellular telephone. But the design engineer’s most used tool, when it comes to implementing cost effective system integration, remains the MCU. The MCU allows just the right amount of intelligent control for a wide variety of applications. Today there are hundreds of MCUs readily available, from low-end 4-bit devices like those found in a simple wristwatch, to high-end 64-bit devices.
But the workhorses of the industry are still the versatile 8/16-bit architectures. Choices are available with 8 to 100+ pins and program memory ranging from <1 kb="" to="">64 KB. The MCU’s adoption of mixed-signal peripherals is an area that has greatly expanded, recently enabling many new SoC solutions. It is common today to find MCUs with 12-bit analog-to-digital and digital-to-analog converters combined with amplifiers and power management, all on the same chip in the same device. This class of device offers a complete signal-chain on a chip for applications ranging from energy meters to personal medical devices.
Modern MCUs combine mixed-signal integration with instantly programmable Flash memory and embedded emulation. In the hands of a savvy engineer, a unique MCU solution can be developed in just days or weeks compared to what used to take months or years. You can find MCUs everywhere you look from the watch on your wrist to the cooking appliances in your home to the car you drive. An estimated 20 million MCUs ship every day, with growth forecast for at least a decade to come. The march of increasing silicon integration will continue offering an even greater variety of available solutions—but it is the engineer’s creativity that will continue to set apart particular system solutions.
Mark E. Buccini
Director of Marketing
Preface: Analog system designers many times in the past avoided the use of electronics for their system functions because electronic circuits could not provide the dynamic range of the signal without severe nonlinearity, or because the circuits drifted or became unstable with temperature, or because the computations using analog signals were quite inaccurate. As a result, the design shifted to other disciplines, for example, mechanical.
Today, young engineers requested by their superiors to design an analog control system, have an entirely new technique available to them to help them design the system and overcome the “old” problems. The design technique is this: sense the analog signals and convert them to electrical signals; condition the signals so they are in a range of inputs to assure accurate processing; convert the analog signals to digital; make the necessary computations using the very high-speed IC digital processors available with their high accuracy;
convert the digital signals back to analog signals; and output the analog signals to perform the task at hand.
Analog and Digital Circuits for Control System Applications: Using the TI MSP430 Microcontroller explains the functions that are in the signal chain, and explains how to design electronic circuits to perform the functions. Included in this book is a chapter on the different types of sensors and their outputs. There is a chapter on the different techniques of conditioning the sensor signals, especially amplifiers and op amps. There are techniques and circuits for analog-to-digital and digital-to-analog conversions, and an explanation of what a digital processor is and how it works. There is a chapter on data transmissions and one on power control.
And to solidify the learning and applications, there is a chapter that explains assembly-language programming, and also a chapter where the reader actually builds a working project. These two chapters required choosing a digital processor. The TI MSP430 microcontroller was chosen because of its design, and because it is readily available, it is well supported with design and applications documentation, and it has relatively inexpensive evaluation tools.
The goal of the book is to provide understanding and learning of the new design technique available to analog system designers and the tools available to provide system solutions.
” Jerry Luecke”.
Analog and Digital Circuits for Electronic Control System Applications: Using the TI MSP430 Microcontroller by Jerry Luecke.
Book Details:
⏩Author: Jerry Luecke
⏩Publisher: Newnes
⏩Puplication Date: October 8, 2004
⏩Language: English
⏩Pages: 329
⏩Size: 9.20 MB
⏩Format: PDF
Download Analog and Digital Circuits for Electronic Control System Applications: Using the TI MSP430 Microcontroller by Jerry Luecke in pdf format for free.