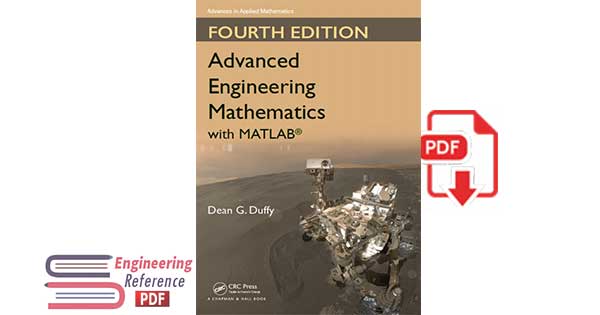 Some courses include techniques for solving systems of linear differential equations. A chapter on linear algebra (Chapter 3) is included if that is a course objective. After these introductory chapters, the course would next turn to Laplace transforms. Laplace transforms are useful in solving nonhomogeneous differential equations where the initial conditions have been specified and the forcing function “turns on and off.” The general properties are explored in Section 12.1 to Section 12.7; the actual solution technique is presented in Section 12.8. Most differential equations courses conclude with a taste of partial differential equations via the method of separation of variables. This topic usually begins with a quick introduction to Fourier series, Sections 5.1 to 5.4, followed by separation of variables as it applies to the heat (Sections 8.1–8.3), wave (Sections 7.1–7.3), or Laplace’s equations (Sections 9.1–9.3). The exact equation that is studied depends upon the future needs of the students. Engineering Mathematics Course: This book can be used in a wide variety of engineering mathematics classes. In all cases the student should have seen most of the material in Chapters 1 and 2. There are at least four possible combinations:

•Option A: The course is a continuation of a calculus reform sequence where elementary differential equations have been taught. This course begins with Laplace transforms and separation of variables techniques for the heat, wave, and/or Laplace’s equations, as outlined above. The course then concludes with either vector calculus or linear algebra. Vector calculus is presented in Chapter 4 and focuses on the gradient operator as it applies to line integrals, surface integrals, the divergence theorem, and Stokes’ theorem. Chapter 3 presents linear algebra as a method for solving systems of linear equations and includes such topics as matrices, determinants, Cramer’s rule, and the solution of systems of ordinary differential equations via the classic eigenvalue problem.

•Option B: This is the traditional situation where the student has already studied differential equations in another course before he takes engineering mathematics. Here separation of variables is retaught from the general viewpoint of eigenfunction expansions. Sections 9.1– 9.3 explain how any piece-wise continuous function can be reexpressed in an eigenfunction expansion using eigenfunctions from the classic Sturm-Liouville problem. Furthermore, we include two sections that focus on Bessel functions (Section 6.5) and Legendre polynomials (Section 6.4). These eigenfunctions appear in the solution of partial differential equations in cylindrical and spherical coordinates, respectively. The course then covers linear algebra and vector calculus as given in Option A.

•Option C : I originally wrote this book for an engineering mathematics course given to sophomore and junior communication, systems, and electrical engineering majors at the U.S. Naval Academy. In this case, you would teach all of Chapter 10 with the possible exception of Section 10.10 on Cauchy principal-value integrals. This material was added to prepare the student for Hilbert transforms, Chapter 14. Because most students come to this course with a good knowledge of differential equations, we begin with Fourier series, Chapter 5, and proceed through Chapter 14. Chapter 11 generalizes the Fourier series to aperiodic functions and introduces the Fourier transform. This leads naturally to Laplace transforms, Chapter 12. Throughout these chapters, I make use of complex variables in the treatment and inversion of the transforms. With the rise of digital technology and its associated difference equations, a version of the Laplace transform, the z-transform, was developed. Chapter 13 introduces the ztransform by first giving its definition and then developing some of its general properties. We also illustrate how to compute the inverse by long division, partial fractions, and contour integration. Finally, we use z-transforms to solve difference equations, especially with respect to the stability of the system. Finally, there is a chapter on the Hilbert transform. With the explosion of interest in communications, today’s engineer must have a command of this transform. The Hilbert transform is introduced in Section 14.1 and its properties are explored in Section 14.2. Two important applications of Hilbert transforms are introduced in Sections 14.3 and 14.4, namely the concept of analytic signals and the Kramers-Kronig relationship.

•Option D: Many engineering majors now require a course in probability and statistics because of the increasing use of probabilistic concepts in engineering analysis. To incorporate this development into an engineering mathematics course we adopt a curriculum that begins with Fourier transforms (minus inversion by complex variables) given in Chapter 11. The remaining portion involves the fundamental concepts of probability presented in Chapter 16 and random processes in Chapter 17. Chapter 16 introduces the student to the concepts of probability distributions, mean, and variance because these topics appear so frequently in random processes. Chapter 17 explores common random processes such as Poisson processes and birth and death. Of course, this course assumes a prior knowledge of ordinary differential equations and Fourier series. A unique aspect of this book appears in Chapter 18, which is devoted to stochastic calculus. We start by exploring deterministic differential equations with a stochastic forcing. Next, the important stochastic process of Brownian motion is developed in depth. Using this Brownian motion, we introduce the concept of (Itˆo) stochastic integration, Itˆo’s lemma, and stochastic differential equations. The chapter concludes with various numerical methods to integrate stochastic differential equations.