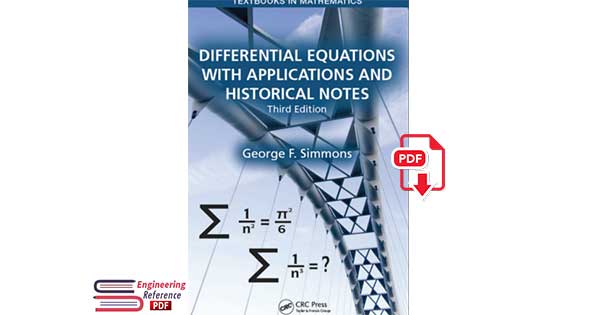 This is an attractive introductory work on differential equations, with extensive information in addition to what can be covered in a two-semester course. The order of the topics examined is slightly unusual in that Laplacians are covered after Fourier transforms and power series. The chapter on power series contains a section on hypergeometric equations, which could well be the first time that an introductory book on the subject goes that far. The book has plenty of exercises at the end of each section, and also at the end of each chapter. The solutions to some of these are included at the end of the book. Most chapters contain a few appendixes that are several pages long. Their subject is either related to the life and work of an exceptional mathematician (such as Newton, Euler, or Gauss) or pertains to an area of mathematics in which the theory of differential equations can be applied. The historical appendixes put the material in context, and explain which parts of the material were the most difficult to discover. The writing is pleasant and reader-friendly throughout. This work is an essential acquisition for all math libraries; no competing works have put the material in such a deep historical context.

I have taken advantage of this new edition of my book on differential equations to add two batches of new material of independent interest: First, a fairly substantial appendix at the end of Chapter 1 on the famous bell curve. This curve is the graph of the normal distribution function, with many applications in the natural sciences, the social sciences, mathematics—in statistics and probability theory—and engineering. We shall be especially interested how the differential equation for this curve arises from very simple considerations and can be solved to obtain the equation of the curve itself. And second, a brief section on the van der Pol nonlinear equation and its historical background in World War II that gave it significance in the development of the theory of radar. This consists, in part, of personal recollections of the eminent physicist Freeman Dyson. Finally, I should add a few words on the meaning of the cover design, for this design amounts to a bit of self-indulgence.

The chapter on Fourier series is there mainly to provide machinery needed for the following chapter on partial differential equations. However, one of the minor offshoots of Fourier series is to find the exact sum of the infinite series formed from the reciprocals of the squares of the positive integers (the first formula on the cover). This sum was discovered by the great Swiss mathematician Euler in 1736, and since his time, several other methods for obtaining this sum, in addition to his own, have been discovered. This is one of the topics dealt with in Sections 34 and 35 and has been one of my own minor hobbies in mathematics for many years.

However, from 1736 to the present day, no one has ever been able to find the exact sum of the reciprocals of the cubes of the positive integers (the second formula on the cover). Some years ago, I was working with the zeroes of the Bessel functions. I thought for an exciting period of several days that I was on the trail of this unknown sum, but in the end it did not work out. Instead, the trail deviated in an unexpected direction and yielded yet another method for finding the sum in the first formula. These ideas will be found in Section 47.

Mechanics of Materials 2, Third Edition : The Mechanics of Elastic and Plastic Deformation of Solids and Structural Materials by E J Hearn 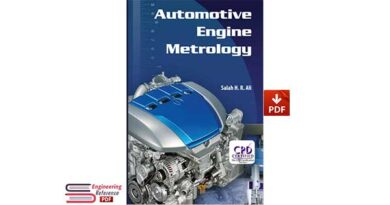 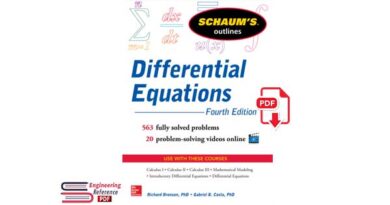