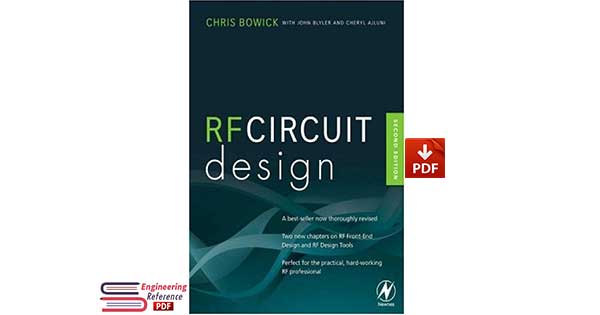 PREFACE A by Cheryl Ajluni and John Blyler : great deal has changed since Chris Bowick’s RF Circuit Design was first published, some 25 years ago. In fact, we could just say that the RF industry has changed quite a bit since the days of Marconi and Tesla—both technological visionaries woven into the fabric of history as the men who enabled radio communications. Who could have envisioned that their innovations in the late 1800’s would lay the groundwork for the eventual creation of the radio—a key component in all mobile and portable communications systems that exist today? Or, that their contributions would one day lead to such a compelling array of RF applications, ranging from radar to the cordless telephone and everything in between. Today, the radio stands as the backbone of the wireless industry. It is in virtually every wireless device, whether a cellular phone, measurement/instrumentation system used in manufacturing, satellite communications system, television or the WLAN. Of course, back in the early 1980s when this book was first written, RF was generally seen as a defense/military technology. It was utilized in the United States weapons arsenal as well as for things like radar and anti-jamming devices. In 1985, that image of RF changed when the FCC essentially made several bands of wireless spectrum, the Industrial, Scientific, and Medical (ISM) bands, available to the public on a license-free basis. By doing so—and perhaps without even fully comprehending the momentum its actions would eventually create—the FCC planted the seeds of what would one day be a multibillion-dollar industry.

Today that industry is being driven not by aerospace and defense, but rather by the consumer demand for wireless applications that allow “anytime, anywhere” connectivity. And, it is being enabled by a range of new and emerging radio protocols such as Bluetooth®, Wi-Fi (802.11 WLAN), WiMAX, and ZigBee®, in addition to 3G and 4G cellular technologies like CDMA, EGPRS, GSM, and Long Term Evolution (LTE). For evidence of this fact, one needs look no further than the cellular handset. Within one decade, between roughly the years 1990 and 2000, this application emerged from a very small scale semiprofessional niche, to become an almost omnipresent device, with the number of users equal to 18% of the world population.

Today, nearly 2 billion people use mobile phones on a daily basis—not just for their voice services, but for a growing number of social and mobile, data-centric Internet applications. Thanks to the mobile phone and service telecommunications industry revolution, average consumers today not only expect pervasive, ubiquitous mobility, they are demanding it.

But what will the future hold for the consumer RF application space? The answer to that question seems fairly well-defined as the RF industry now finds itself rallying behind a single goal: to realize true convergence. In other words, the future of the RF industry lies in its ability to enable next-generation mobile devices to cross all of the boundaries of the RF spectrum. Essentially then, this converged mobile device would bring together traditionally disparate functionality (e.g., mobile phone, television, PC and PDA) on the mobile platform. Again, nowhere is the progress of the converged mobile device more apparent than with the cellular handset. It offers the ideal platform on which RF standards and technologies can converge to deliver a whole host of new functionality and capabilities that, as a society, we may not even yet be able to imagine. Movement in that direction has already begun. According to analysts with the IDC Worldwide Mobile Phone Tracker service, the converged mobile device market grew an estimated 42 percent in 2006 for a total of over 80 million units. In the fourth quarter alone, vendors shipped a total of 23.5 million devices, 33 percent more than the same quarter a year ago. That’s a fairly remarkable accomplishment considering that, prior to the mid-nineties, the possibility of true RF convergence was thought unreachable. The mixing, sampling and direct-conversion technologies were simply deemed too clunky and limited to provide the foundation necessary for implementation of such a vision.

Regardless of how and when the goal of true convergence is finally realized, one thing has become imminently clear in the midst of all the growth and innovation of the past twenty five years—the RF industry is alive and well. More importantly, it is well primed for a future full of continuing innovation and market growth. Of course, while all of these changes created a wealth of business opportunities in the RF industry, they also created new challenges for RF engineers pushing the limits of design further and further.

Today, new opportunities signal new design challenges which engineers—whether experts in RF technology or not—will likely have to face. One key challenge is how to accommodate the need for multi-band reception in cellular handsets. Another stems from the need for higher bandwidth at higher frequencies which, in turn, means that the critical dimensions of relevant parasitic elements shrink. As a result, layout elements that once could be ignored (e.g., interconnect, contact areas and holes, and bond pads) become non-negligible and influence circuit performance. In response to these and other challenges, the electronics industry has innovated, and continues to innovate. Consider, for example, that roughly 25 years ago or so, electronic design automation (EDA) was just an infant industry, particularly for high-frequency RF and microwave engineering. While a few tools were commercially available, rather than use these solutions, most companies opted to develop their own high-frequency design tools. As the design process became more complex and the in-house tools too costly to develop and maintain, engineers turned to design automation to address their needs.

Thanks to innovation from a variety of EDA companies, engineers now have access to a full gamut of RF/microwave EDA products and methodologies to aid them with everything from design and analysis to verification. But the innovation doesn’t stop there. RF front-end architectures have and will continue to evolve in step with cellular handsets sporting multi-band reception. Multi-band subsystems and shrinking element sizes have coupled with ongoing trends toward lower cost and decreasing time-to-market to create the need for tightly integrated RF front-ends and transceiver circuits. These high levels of system integration have in turn given rise to single-chip modules that incorporate front-end filters, amplifiers and mixes. But implementing single-chip RF front-end designs requires a balance of performance trade-offs between the interfacing subsystems, namely, the antenna and digital baseband systems. Achieving the required system performance when implementing integrated RF front-ends means that analog designers must now work more closely with their digital baseband counterpart, thus leading to greater integration of the traditional analog–digital design teams.

Other areas of innovation in the RF industry will come from improved RF power transistors that promise to give wireless infrastructure power amplifiers new levels of performance with better reliability and ruggedness. RFICs hope to extend the role of CMOS to enable emerging mobile handsets to deliver multimedia functions from a compact package at lower cost. Incumbents like gallium arsenide (GaAs) have moved to higher voltages to keep the pace going.

Additionally, power amplifier-duplexer-filter modules will rapidly displace separate components in multi-band W-CDMA radios. Single-chip multimode transceivers will displace separate EDGE and W-CDMA/HSDPA transceivers in W-EDGE handsets. And, to better handle parasitic and high-speed effects on circuits, accurate modeling and back-annotation of ever-smaller layout elements will become critical, as will accurate electromagnetic (EM) modeling of RF on-chip structures like coils and interconnect. Still further innovation will come from emerging technologies in RF such as gallium nitride and micro-electro-mechanical systems (MEMS). In the latter case, these advanced micromachined devices are being integrated with CMOS signal processing and conditioning circuits for high-volume markets such as mobile phones and portable electronics.

According to market research firm ABI Research, by 2008 use of MEMs in mobile phones will take off. This is due to the technology’s small size, flexibility and performance advantages, all of which are critical to enabling the adaptive, multifunction handsets of the future. It is this type of innovation, coupled with the continuously changing landscape of existing application and market opportunities, which has prompted a renewed look at the content in RF Circuit Design. It quickly became clear that, in order for this book to continue to serve its purpose as your hands-on guide to RF circuit design, changes were required. As a result, this new 25th anniversary edition comes to you with updated information on existing topics like resonant circuits, impedance matching and RF amplifier design, as well as new content pertaining to RF front-end design and RF design tools. This information is applicable to any engineer working in today’s dynamically changing RF industry, as well as for those true visionaries working on the cusp of the information/communication/entertainment market convergence which the RF industry now inspires. Cheryl Ajluni and John Blyler 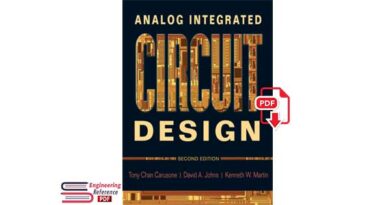 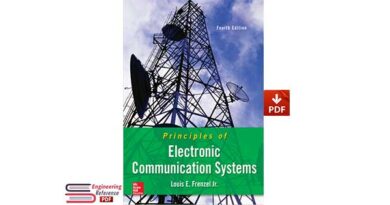 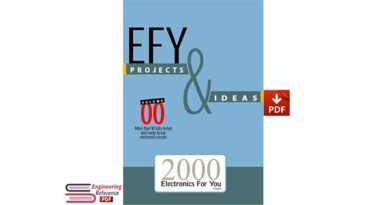 Electronics For You – Projects and Ideas 2000 PDF