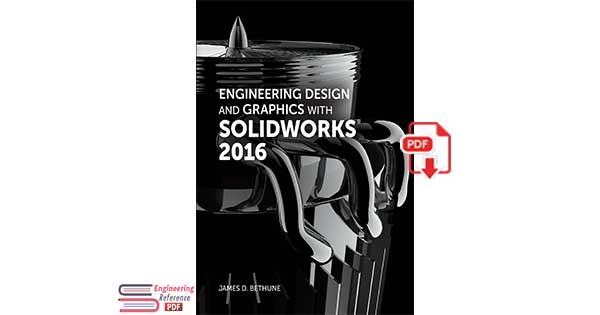 Engineering Design and Graphics with SolidWorks® 2016 pdf.
Preface of Engineering Design and Graphics with SolidWorks® 2016 book:
This book shows and explains how to use SolidWorks® 2016 to create engineering drawings and designs. Emphasis is placed on creating engineering drawings including dimensions and tolerances and using standard parts and tools. Each chapter contains step-by-step sample problems that show how to apply the concepts presented in the chapter.
The book contains hundreds of projects of various degrees of difficulty specifically designed to reinforce the chapter’s content. The idea is that students learn best by doing. In response to reviewers’ requests, some more difficult projects have been included.
Chapter 1 and 2 show how to set up a part document and how to use the SolidWorks Sketch tools. Sketch tools are used to create 2D part documents that can then be extruded into 3D solid models. The chapters contain an explanation of how SolidWorks’ colors are used and of how shapes can be fully defined. The usage of mouse gestures, S key, and origins is also included. The two chapters include 43 projects using both inches and millimeters for students to use for practice in applying the various Sketch tools. Chapter 3 shows how to use the Features tools.
Features tools are used to create and modify 3D solid models. In addition, reference planes are covered, and examples of how to edit existing models are given. Chapter 4 explains how to create and interpret orthographic views. Views are created using third-angle projection in compliance with ANSI standards and conventions. The differences between first-angle and thirdangle projections are demonstrated. Five exercise problems are included to help students learn to work with the two different standards. Also included are section views, auxiliary views, and broken views. Several of the projects require that a 3D solid model be drawn from a given set of orthographic views to help students develop visualization skills.
Chapter 5 explains how to create assembly drawings using the Assembly tools ( Mate, exploded View) and how to document assemblies using the Drawing Documents tools. Topics include assembled 3D solid models, exploded isometric drawings, and bills of materials (BOMs).
Assembly numbers and part numbers are discussed. Both the Animate Collapse/Explode and Motion Study tools are demonstrated. In addition, the title, release, and revision blocks are discussed. An explanation of how to use Interference Detection is given.
Chapter 6 shows how to create and design with threads and fasteners. Both ANSI inch and ANSI metric threads are covered. The Design Library is presented, and examples are used to show how to select and size screws and other fasteners for assembled parts.
Chapter 7 covers dimensioning and is in compliance with ANSI standards and conventions. There are extensive visual examples of dimensioned shapes and features that serve as references for various dimensioning applications.
Chapter 8 covers tolerances. Both linear and geometric tolerances are included. This is often a difficult area to understand, so there are many examples of how to apply and how to interpret the various types of tolerances. Standard tolerances as presented in the title block are demonstrated. Many of the figures have been updated.
Chapter 9 explains bearings and fit tolerances. The Design Library is used to create bearing drawings, and examples show how to select the correct interference tolerance between bearings and housing, and clearance tolerances between bearings and shafts.
Chapter 10 presents gears. Gear terminology, gear formulas, gear ratios, and gear creation using the SolidWorks Toolbox are covered. The chapter relies heavily on the Design Library. Keys, keyways, and set screws are discussed. Both English and metric units are covered. There is an extensive sample problem that shows how to draw a support plate for mating gears and how to create an assembly drawing for gear trains. The projects at the end of the chapter include two large gear assembly exercises. Chapter 11 covers belts and pulleys. Belts, pulleys, sprockets, and chains are drawn. All examples are based on information from the Design Library. There are several sample problems.
Chapter 12 covers cams. Displacement diagrams are defined. The chapter shows how to add hubs and keyways to cams and then insert the cams into assembly drawings. The chapter also shows how to add springs to followers.
Chapter 13 is an online chapter. It includes two large project-type problems. They can be used as team projects to help students learn to work together to share and compile files, or they can be used as end-of-thesemester individual projects.
👇 Related books which you can also download, just click on a book you like to download it: 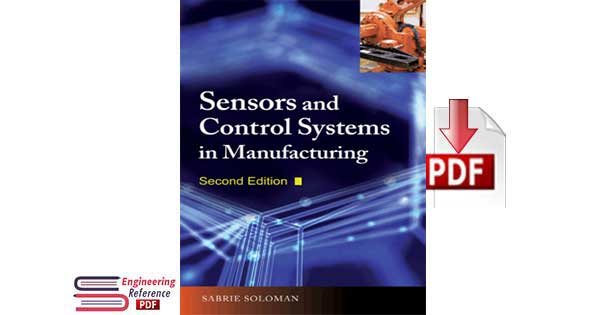 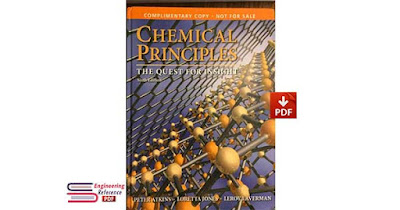 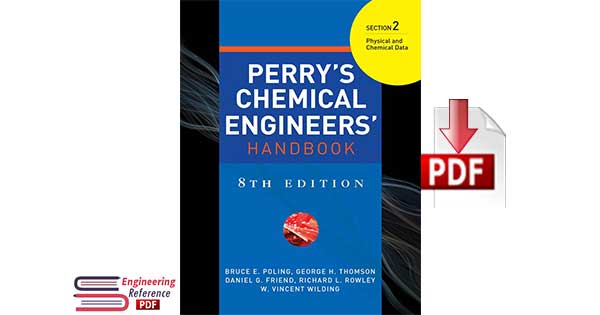