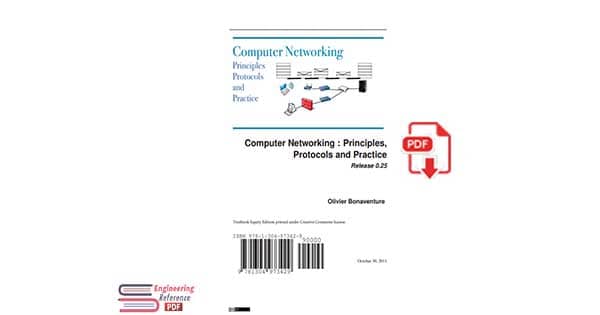 Computer Networking : Principles, Protocols and Practice by Olivier Bonaventure.
Preface of Computer Networking : Principles, Protocols and Practice by Olivier Bonaventure book:
This textbook came from a frustration of its main author. Many authors chose to write a textbook because there are no textbooks in their field or because they are not satisfied with the existing textbooks. This frustration has produced several excellent textbooks in the networking community. At a time when networking textbooks were mainly theoretical, Douglas Comer chose to write a textbook entirely focused on the TCP/IP protocol suite [Comer1988], a difficult choice at that time. He later extended his textbook by describing a complete TCP/IP implementation, adding practical considerations to the theoretical descriptions in [Comer1988]. Richard Stevens approached the Internet like an explorer and explained the operation of protocols by looking at all the packets that were exchanged on the wire [Stevens1994]. Jim Kurose and Keith Ross reinvented the networking textbooks by starting from the applications that the students use and later explained the Internet protocols by removing one layer after the other [KuroseRoss09].
The frustrations that motivated this book are different. When I started to teach networking in the late 1990s, students were already Internet users, but their usage was limited. Students were still using reference textbooks and spent time in the library. Today’s students are completely different. They are avid and experimented web users who find lots of information on the web. This is a positive attitude since they are probably more curious than their predecessors. Thanks to the information that is available on the Internet, they can check or obtain additional information about the topics explained by their teachers. This abundant information creates several challenges for a teacher. Until the end of the nineteenth century, a teacher was by definition more knowledgeable than his students and it was very difficult for the students to verify the lessons given by their teachers. Today, given the amount of information available at the fingertips of each student through the Internet, verifying a lesson or getting more information about a given topic is sometimes only a few clicks away. Websites such as wikipedia provide lots of information on various topics and students often consult them. Unfortunately, the organisation of the information on these websites is not well suited to allow students to learn from them. Furthermore, there are huge differences in the quality and depth of the information that is available for different topics.
The second reason is that the computer networking community is a strong participant in the open-source movement. Today, there are high-quality and widely used open-source implementations for most networking protocols. This includes the TCP/IP implementations that are part of linux, freebsd or the uIP stack running on 8bits controllers, but also servers such as bind, unbound, apache or sendmail and implementations of routing protocols such as xorp or quagga . Furthermore, the documents that define almost all of the Internet protocols have been developed within the Internet Engineering Task Force (IETF) using an open process. The IETF publishes its protocol specifications in the publicly available RFC and new proposals are described in Internet drafts.
This open textbook aims to fill the gap between the open-source implementations and the open-source network specifications by providing a detailed but pedagogical description of the key principles that guide the operation of the Internet. The book is released under a creative commons licence. Such an open-source license is motivated by two reasons. The first is that we hope that this will allow many students to use the book to learn computer networks. The second is that I hope that other teachers will reuse, adapt and improve it. Time will tell if it is possible to build a community of contributors to improve and develop the book further. As a starting point, the first release contains all the material for a one-semester first upper undergraduate or a graduate networking course.
👇 Related books which you can also download, just click on a book you like to download it: 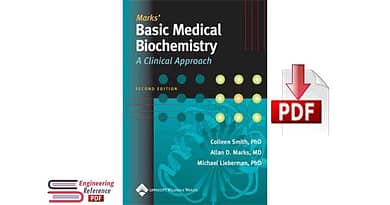 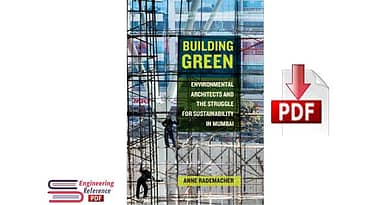