Skip to content
May 6, 2020July 25, 2021 engbooks Mechanical
Solar and Space Physics_ A Science for a Technological Society pdf. 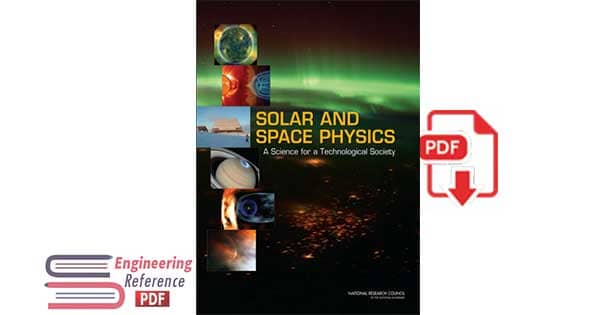 Solar and Space Physics_ A Science for a Technological Society free pdf downlaod.
Strategic planning activities within NASA’s Science Mission Directorate (SMD) and several National Science Foundation (NSF) divisions draw heavily on reports issued by the National Research Council (NRC), particularly those from the Space Studies Board (SSB). Principal among these SSB inputs is identification of priority science and missions and facilities in the decadal science strategy surveys. The first true decadal strategy for the field of solar and space physics, The Sun to the Earth—and Beyond: A Decadal Research Strategy in Solar and Space Physics, was published in 2003. That comprehensive study reviewed relevant research and applications activities, listed the key science questions, and recommended specific spacecraft missions and ground-based facilities and programs for the period 2003-2012. Supplemented by several subsequent SSB studies—for example, A Performance Assessment of NASA’s Heliophysics Program (2009); Distributed Arrays of Small Instruments for Solar-Terrestrial Research: Report of a Workshop (2006); Plasma Physics of the Local Cosmos (2004); Exploration of the Outer Heliosphere and the Local Interstellar Medium: A Workshop Report (2004); and The Role of Solar and Space Physics in NASA’s Space Exploration Initiative (2004)—the 2003 survey report provided key guidance for the SMD’s solar and space physics (called heliophysics at NASA) programs and NSF’s related atmospheric and geosciences programs during the first decade of the 21st century.
The successful initiation of many of the missions and programs recommended in the preceding studies, combined with important discoveries by a variety of ground- and space-based research activities, demonstrated the need for a second decadal survey of solar and space physics. Thus, in March 2010, Edward J. Weiler, NASA’s associate administrator for the SMD, requested that a new decadal strategy survey be initiated (Appendix A). The request was seconded by the leadership of NSF’s Division of Atmospheric and Geospace Sciences. Specific tasks outlined in the request included the following:
•An overview of the science and a broad survey of the current state of knowledge in the field, including a discussion of the relationship between space- and ground-based science research and its connection to other scientific areas;
•Determination of the most compelling science challenges that have arisen from recent advances and accomplishments;
• Identification—having considered scientific value, urgency, cost category and risk, and technical readiness—of the highest-priority science targets for the interval 2013-2022, recommending science objectives and measurement requirements for each target rather than specific mission or project design/ implementation concepts; and
• Development of an integrated research strategy that will present means to address these targets. In response to this request, the NRC appointed the 19-member Committee on a Decadal Strategy for Solar and Space Physics (Heliophysics) and 86 additional experts organized into three discipline panels— the Panel on Atmosphere-Ionosphere-Magnetosphere Interactions, the Panel on Solar Wind-Magnetosphere Interactions, and the Panel on Solar and Heliospheric Physics—and five informal working groups.
The discipline panels were charged with the task of defining the current state of research in their discipline and determining priorities for scientific investigations in those areas. One member of each panel also served on the survey committee as a designated liaison. The working groups—Theory, Modeling, and Data Exploitation; Explorers, Suborbital, and Other Platforms; Innovations: Technology, Instruments, and Data Systems; Research to Operations/Operations to Research; and Education and Workforce—were similarly charged to assess the state of the field in these cross-cutting areas and to determine areas of critical needs. These working groups were composed approximately half by members of the survey committee and panels and half by volunteer consultants. The members of the working groups are listed in the section that follows this preface. In total, the survey committee, discipline panels, and working groups involved 105 members.

The survey committee and panels reviewed 288 mission concept white papers, which were submitted in response to an invitation to the research community.1 The panels mapped concepts against their prioritization of science targets and also considered factors such as technical readiness, scientific impact on particular disciplines, and, in some cases, operational utility. Then the survey committee selected 12 concepts for further study and CATE assessment. At the end of that process, six concepts were chosen for consideration, leading to the survey committee’s recommendations of priorities.
The details of this process are described in Appendix E. In June 2011, NASA requested a clarification of the survey’s scope to explicitly consider the Solar Probe Plus (SPP) mission. Previously, NASA had instructed the committee to assume that SPP and Solar Orbiter, along with missions that were in advanced development, were part of the baseline program and should not be subject to review or prioritization.2 This new request specified that the SPP mission was not to be reprioritized, but that the survey committee should comment on the scientific rationale for the mission in the context of scientific developments since the publication of the 2003 decadal survey. Also, the survey committee was asked to provide appropriate programmatic or cost triggers as part of the anticipated decision rules to guide NASA in the event of major technical, cost, or programmatic changes during the development of SPP.
To address the change in the survey’s scope, the NRC formed a study group specifically tasked to address these questions for the Solar Probe Plus mission. The group was chosen to minimize conflicts of interest while maintaining relevant scientific and technical expertise. The Solar Probe Plus Study Group was led by Louis J. Lanzerotti, New Jersey Institute of Technology, who served as an unpaid consultant to the survey. The remainder of the study group was made up of members of the survey committee and the discipline panels. The study group held one meeting in August 2011 and presented its conclusions in an internal report to the survey committee in October 2011. The three discipline panels cast their scientific prioritization in the form of discipline goals and priorities, from which they derived more detailed scientific “imperatives” and, finally, implementation scenarios or reference mission concepts. It is important to recognize that panel-specific priorities and recommendations (imperatives) are not equivalent to report recommendations—these can be offered only by the decadal survey committee.
The panels’ various scientific inputs, assessments, and priorities for new ground- and space-based initiatives were integrated by the survey committee and an overall prioritization derived. The survey committee’s prioritization of new spacecraft initiatives was heavily influenced by the CATE assessment provided by the Aerospace Corporation. Chapter 1 of this report discusses the committee’s key science goals for obtaining the necessary scientific knowledge for a society dependent on space, and it outlines the basic strategy that underpins the survey committee’s recommendations for the next decade. Chapter 2 provides a retrospective view of recent notable successes in the field and exemplary achievements during the past decade and the research goals for the several subdisciplines of solar and space physics for the next decade. Chapters 4, 5, and 6 discuss specific implementation plans for a balanced program for NSF and NASA.

Finally, Chapter 7 provides the survey committee’s vision for a space weather and space climate program for the nation that could provide the new, integrated capabilities needed to serve the needs of a society ever more reliant on space. Chapter 3 provides an overview of the societal relevance of the field of solar and space physics and addresses the current state of efforts to develop a capability to predict harmful space weather events. The recommendations of the survey committee are presented in the Summary and in Chapter 4. These recommendations were informed in part by the detailed analyses provided by the survey’s three discipline study panels, whose work is summarized in Chapters 8, 9, and 10.
The work of the survey could not have been accomplished without the important help given by individuals too numerous to list, from a variety of public and private organizations, who made presentations at committee meetings, hosted outreach seminars and town meetings,3 drafted white papers, and participated in mission studies.
Download Solar and Space Physics: A Science for a Technological Society in free pdf format.
Download Now 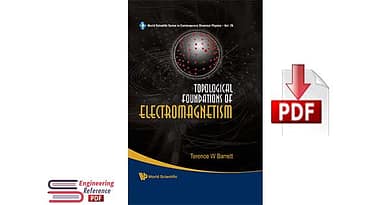 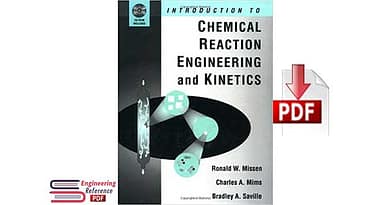 Introduction to Chemical Reaction Engineering and Kinetics by Ronald W. Missen, Charles A. Mims and Bradley A. Saville pdf download