Fundamentals of Electric Drives by Mohamed A. El-Sharkawi | Engineering Books.
A modern electric drive system consists of a motor, an electric converter, and a controller that are integrated to perform a mechanical maneuver for a given load. Because the torque/volume ratio of modern electric drive systems is continually increasing, hydraulic drives are no longer the only option to use for industrial applications. In addition to their use in industrial automation, modern electric drives have other widespread applications, ranging from robots to automobiles to aircraft. Recent advances in the design of electric drives have resulted in low-cost, lightweight, reliable motors; advances in power electronics have resulted in a level of performance that was not possible a few years ago. For example, induction motors were never used in variable-speed applications until variable frequency and rapid switching were developed. Due to advances in power electronics, several new designs of electric motors are now available.
Modern electric drive systems are used increasingly in such high-performance applications as robotics, guided manipulations, and supervised actuation. In these applications, controlling the rotor speed is only one of several goals: the full range includes controlling the starting, speed, braking, and holding of the electric drive systems. The exploration of these control functions forms the core of this text.
This book is designed to be used as a teaching text for a one-semester course on the fundamentals of electric drives. Readers are expected to be familiar with the basic circuit theories and the fundamentals of electronics, as well as with threephase analysis and basic electric machinery.
In this book, I cover the basic components of electric drive systems, including mechanical loads, motors, power electronics, converters, and gears and belts. Each component is first discussed separately; then various components are combined in a discussion of the complete drive system. It instructors use this book in the first course on the subject, they will not need to seek and use additional material because this book is self-contained.
The focus of this book is on the fundamentals of electric drive systems. The general types of electric loads and their dependence on speed are explained early in the book, and load characteristics are considered throughout. In addition, I explain and analyze industrial motors from the drive perspective. To help the reader understand why a particular motor is selected for a particular application, I present and highlight the differences and similarities of electric motors.
Power converters are discussed in some detail, with ample mathematical analy sis. Early in the book, I present several solid-state switching devices and specific characteristics of each; this comparison of solid-state devices allows the reader understand their features, characteristics, and limitations.
Converters are divided into several groups: ac/dc, ac/ac, dc/ac, and dc/dc. Several circuits are given for these converters and are analyzed in detail to help readers understand their performance. Detailed analyses of the electrical waveforms of power converter circuits demonstrate the concepts of power and torque in a harmonic environment.
After readers become familiar with electric machines and power converters, they can comprehend the integration of these two major components that creates an electric drive system. This book includes detailed explanations of the various methods for speed control and braking. Wellknown applications appear throughout the book in order to demonstrate the theories and techniques, Discussions of the merits, complexities, and drawbacks of the various drive techniques help readers form opinions from the perspective of a design engineer Finally, in each chapter, examples and problems simulate several aspects of drive performance. The problems are designed to address key design and performance issues and are therefore more than mere mathematical exercises.
Fundamentals of Electric Drives by Mohamed A. El-Sharkawi | pdf free download.
You May Also Like:
Download Fundamentals of Electric Drives by Mohamed A. El-Sharkawi in PDF Format For Free.
Download Now 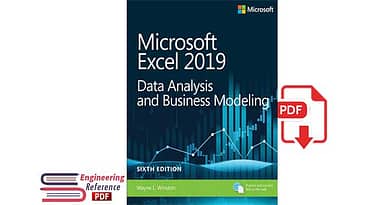 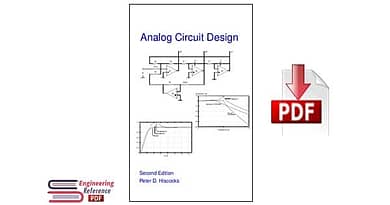