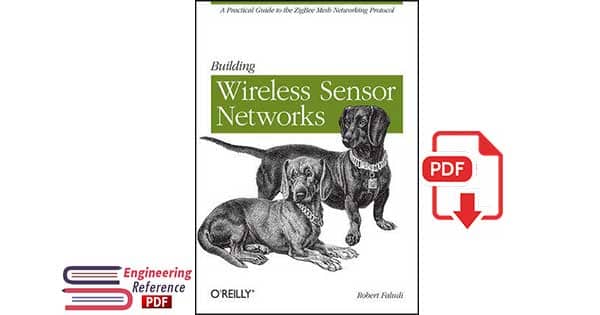 Building Wireless Sensor Networks by Robert Faludi | Engineering Books.
Preface of   Building Wireless Sensor Networks by Robert Faludi pdf:
Building Wireless Sensor Networks is an essential guide for anyone interested in wireless communications for sensor networks, home networking, or device hacking. It is a first step in becoming proficient in making these systems. It is not a textbook on protocols or a complete guide to networking theory. No engineering or computer science background is expected or required. Those who have fooled around a bit with electronics or programming will certainly have a leg up, but in general, this book is aimed at hobbyists, students, makers, hardware hackers, designers, artists, and prototypers. In the chapters to come, you will scaffold your way up toward greater comfort and proficiency with hardware, software, radio, and communications. I’ll explain everything necessary to get started, at least briefly.
We’ll create examples using accessible environments, such as Arduino for hardware and Processing for displays. And I’ll provide a full range of resources, including helpful references to outside works for the electronics and networking novice. Whether you are a young inventor or an experienced engineer, this book focuses on getting your projects up and running as efficiently as possible. All the projects you’ll create in this book use radio signals that pass invisibly through the air. This “wirelessness” is essential whenever you want to place sensors where no cables can be installed, or where such tethering is undesirable. With radio, you can employ sensing and actuation in pristine natural settings, minimalist building interiors, or complex urban environments. Mobile devices like children’s toys can benefit greatly by being communicative without being chained to the wall or to each other. Sensors can be attached to people or animals in a humane manner that doesn’t hinder their movement. In short, lots of data can move freely from where it is gathered to where it can do the most good. That’s why wireless is worth it.
The ZigBee protocol is a very popular way of creating radio sensor networks for a number of reasons. Wireless networks and connected devices in general tend to be used in situations where power is hard to come by and must be conserved. Many times the communications these networks send are small in nature, compared to systems that transfer huge files such as videos. Often, each device in the network transmits or receives unique information, so a robust system of individual addressing is extremely helpful. Security and design flexibility are frequently indispensable. That’s why this book focuses on ZigBee, the protocol defined by various industry players who together form the ZigBee Alliance. In the past few years, ZigBee has found its way into commercial systems for home automation, smart energy systems, consumer electronics, industrial sensing, and health care. It features full addressing, many power-saving options, optimizations for efficiency in low-bandwidth applications, and a layered approach to communications design and security. Most importantly, ZigBee automatically forms entire networks that can heal themselves, routing around problem areas without manual intervention. Designers, hackers, inventors, artists, and engineers are currently making use of this popular wireless protocol to create the systems that inform, enable, and delight their various users.
We will make a new project in almost every chapter of this book to demonstrate how everyday people, not just electrical engineers and computer scientists, can develop these systems. A number of full sensor networks, an array of doorbells, a two-way lighting detector, a household control system, and several types of Internet-connected contraptions will be demonstrated step by step for you to build. After reading this book you’ll have a solid understanding of what it takes to create scalable sensor and device networks because you’ll have brought a variety of them into being with your own hands. This book’s website makes even more resources available to you.
You may wonder what drives humans to create reactive sensor systems and connected devices. Since before written history, there have been people and cultures that believed every object in the world was imbued with spirits—that even rocks are alive. This worldview, termed animism by modern scholars, isn’t something validated by science. And yet the tacit belief that objects are in some way alive seems to resonate as a fundamentally human way of thinking. “That mixer doesn’t like it when the batter is too thick.” “The DVD player doesn’t want to eject that disk.” “My computer hates me!” We seem to want our things to be alive and frequently consider them willful—though, on an intellectual level we know they aren’t. This book isn’t about animism, of course; it’s about making networks using ZigBee radios. However, one reason we do this— our motivation for making systems that are sensitive, active, reactive, and communicative—could just be some inherent desire to create the world we believe should exist: one where everything is imbued with a willful spirit and works together to help us live more richly. If so, this book is offered as a practical step in the right direction. I hope it will help you bring your own creations to life.
Building Wireless Sensor Networks by Robert Faludi | pdf free download.
You May Also Like:
Download Building Wireless Sensor Networks by Robert Faludi in PDF Format For Free.
Download Now 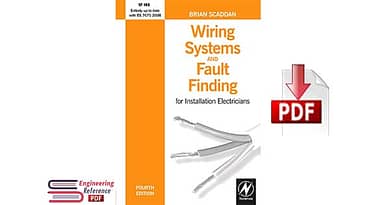 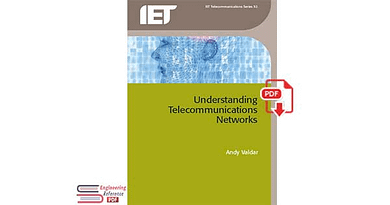