Skip to content
August 19, 2019July 25, 2021 engbooks CHEMICAL
Physical Inorganic Chemistry: A Coordination Chemistry Approach by S. F. A. Kettle.
Contents:
1 Introduction
2 Typical ligands, typical complexes  Ionization isomerism
3 Nomenclature, geometrical structure and isomerism of coordination compounds
4 Preparation of coordination  compounds
5 Stability of coordination compounds
6 Molecular orbital theory of transition metal complexes
7 Crystal field theory of transition metal complexes
8 Electronic spectra of transition  metal complexes
9 Magnetic properties of transition metal complexes
10 Beyond ligand field theory
11 felectron systems: the lanthanides and actinides
12 Other methods of studying coordination compounds
13 thermodynamic and related aspects of ligand fields
14 Reaction kinetics of coordination compounds
15 Bonding in cluster compounds
16 Some aspects of bioinorganic chemistry
17 Introduction to the theory of the octahedral solid state
Preface by S. F. A. Kettle:
Some twenty years ago, theoretical aspects of inorganic chemistry formed a major component of any inorganic textbook. Today, this component is much less evident. No doubt, this shift in emphasis is a proper response both to the undue weight then given to theoretical aspects and to the developments that have taken place elsewhere in the subject. However, in the interval there have been theoretical developments that deserve a place; further, it has probably become more difficult for the interested student to access the older work. There seemed to me to be a real need for an easy-to-read, and so largely non-mathematical, text that would bridge the gap between the relatively low-level treatments currently available and the research level paper, review, monograph or text. The present book was written with the object of providing a bridge for this gap. Although the motivation for writing it is seen in its theoretical content, it was recognized that there are advantages in placing this in a broader context. So, what has resulted is a book which contains an overview of the relatively traditional and elementary along with contemporary research areas, wherever possible viewed from an integrated theoretical perspective. Because a text on physical inorganic chemistry can easily become a series of apparently disconnected topics, I have given the subject a focus, that of coordination chemistry, and have included chapters which should enable the book to double as a text in that area. To keep the size of the book manageable, to recognize that it is aimed at the intermediate stage reader, and because the topic is covered so extensively elsewhere, I have assumed a knowledge of the most elementary aspects of bonding theory. 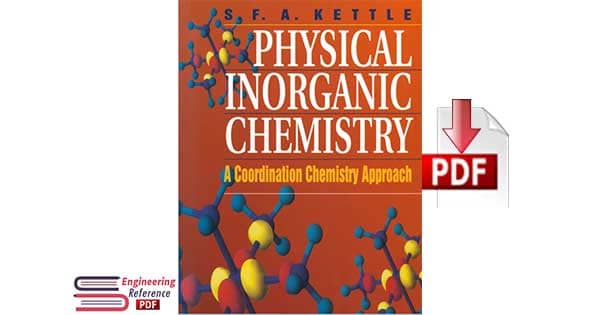 In a book such as this it is impossible to avoid cross-references between chapters. However, it is equally difficult to ensure that such cross-references supply the answers expected of them.
I have therefore attempted to make each chapter as free-standing as possible and have used the resulting duplications as a mechanism for deepening the discussion. This strategy can produce its own problems as well as benefits; I hope that the index will provide direction to sufficient additional material to deal with the problems! I am indebted to many institutions which provided the hospitality that enabled most of the book to be written-Chalmers University and the University of Gothenburg, Sweden; the Royal Military College, Kingston, Canada; the University of Turin, Italy; the University of Nairobi, Kenya; Tokyo Institute of Technology, Japan; the University of Szeged, Hungary and Northwestern University, USA. Of the numerous individuals who have provided helpful comments on sections of the book, and often offered material for inclusion, I am grateful to Professor R. Archer and his students at the University of Massachusetts, Amherst, USA, who made many detailed comments on an early edition of the text, to Professor K. Burger of the University of Szeged, Hungary-his contributions were very helpful-and to Dr. S. Cotton, who was a constant fund of comment and information. I am particularly indebted to the Rev. Dr. lain Paul who, in his own inimitable manner, worked through every sentence and made a multitude of suggestions for improvement and clarification. Defects, errors and omissions, of course, are my own responsibility.
Foreword:
GEORGE CHRISTOU Indiana University, Bloomington I am no doubt representative of a large number of current inorganic chemists in having obtained my undergraduate and postgraduate degrees in the 1970s. It was during this period that I began my continuing love affair with this subject, and the fact that it happened while I was a student in an organic laboratory is beside the point. I was always enchanted by the more physical aspects of inorganic chemistry; while being captivated from an early stage by the synthetic side, and the measure of creation with a small c that it entails, I nevertheless found the application of various theoretical, spectroscopic and physicochemical techniques to inorganic compounds to be fascinating, stimulating, educational and downright exciting. The various bonding theories, for example, and their use to explain or interpret spectroscopic observations were more or less universally accepted as belonging within the realm of inorganic chemistry, and textbooks of the day had whole sections on bonding theories, magnetism, kinetics, electron-transfer mechanisms and so on. However, things changed, and subsequent inorganic chemistry teaching texts tended to emphasize the more synthetic and descriptive side of the field. There are a number of reasons for this, and they no doubt include the rise of diamagnetic organometallic chemistry as the dominant subdiscipline within inorganic chemistry and its relative narrowness vis-d-vis physical methods required for its prosecution.
These days inorganic chemistry is again changing dramatically with the resurgence of coordination chemistry, fuelled by the increasing importance of metals in biology and medicine and the new and explosive thrusts into inorganic materials encompassing a wide variety of types and areas of application, of which high-temperature superconductors, molecular ferromagnets and metallomesogens are merely the tip-of-theiceberg. Modern-day, nco-coordination chemistry is thus a much broader discipline and one that now demands greater knowledge and expertise in a much larger range of theoretical or spectroscopic techniques and physicochemical methods, and to a higher level of sophistication.
At Indiana University, as at most universities I am sure, we have assigned a high priority to modifying our inorganic chemistry curriculum to accurately reflect the changing nature of the field and to better prepare our students for the demands on them of the new century. The general paucity of suitable texts directed towards the inorganic chemistry student is a problem. There are, of course, many advanced texts available for consultation but, on the theoretical/physical side at least, these are frequently directed at the more quantum mechanically and mathematically competent reader. In my experience as an instructor, the average student of inorganic chemistry picking up an advanced text on magnetochemistry, for example, will probably not survive the initial jump into the deep waters of quantum mechanics. This present work by Sid Kettle represents a wonderful bridge for the student. It is designed as an intermediate-level text that can serve both as a user-friendly introduction to a large number of topics and techniques of importance to the student of coordination and physical inorganic chemistry, and also as a springboard to more advanced texts and studies. It is written in a style that is appropriate for a teaching text, anticipating and answering the questions that students will typically have on encountering the topic for the first time, and introduces a large number of theoretical, spectroscopic and physicochemical techniques without sacrificing the more classical content of a coordination chemistry text. In this regard, it is a wonderful hybrid of the classic and modern aspects of coordination and physical inorganic chemistry and is consequently an admirable text for the student of this area.
Book Details:
⏩Author: S. F. A. Kettle
⏩Puplisher: Oxford University Press
⏩Puplication Date: April 13, 2000
⏩Language: English
⏩Pages: 503
⏩Size: 10.8 MB
⏩Format: PDF
Download Physical Inorganic Chemistry: A Coordination Chemistry Approach by S. F. A. Kettle in pdf format for free. 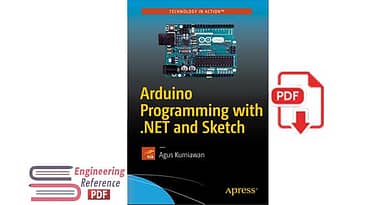