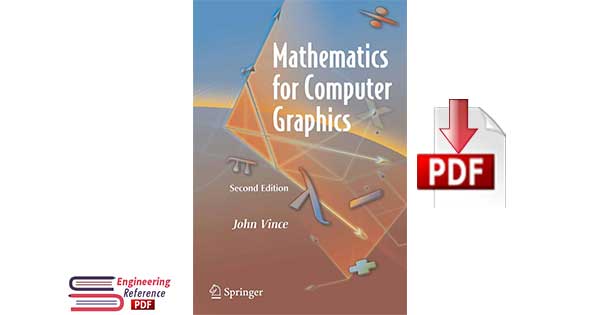 Contents:
1 Mathematics
2 Numbers
3 Algebra
4 Trigonometry
5 Cartesian Coordinates
6 Vectors
7 Transformation
8 Interpolation
9 Curves and Patches
10 Analytic Geometry
11 Barycentric Coordinates
12 Worked Examples
13 Conclusion
Preface: Mathematics is a beautiful subject. Its symbols, notation and abstract structures permit us to define, manipulate and resolve extremely complex problems. The symbols by themselves, however, are meaningless – they are nothing more than a calligraphic representation of a mental idea. If one does not understand such symbols, then the encoded idea remains a secret.
Having spent most of my life using mathematics, I am still conscious of the fact that I do not understand much of the notation used by mathematicians. And even when I feel that I understand a type of notation, I still ask myself “Do I really understand its meaning?”. For instance, I originally studied to be an electrical engineer and was very familiar with i = √−1, especially when used to represent out of phase voltages and currents. I can manipulate complex numbers with some confidence, but I must admit that I do not understand the meaning of i i . This hole in my knowledge makes me feel uncomfortable, but I suppose it is reassuring to learn that some of our greatest mathematicians have had problems understanding some of their own inventions.
Some people working in computer graphics have had a rigorous grounding in mathematics and can exploit its power to solve their problems. However, in my experience, the majority of people have had to pick up their mathematical skills on an ad hoc basis depending on the problem at hand. They probably had no intention of being mathematicians, nevertheless they still need to learn about the mathematics and apply it intelligently, which is where this book comes in.
To begin with, this book is not for mathematicians. They would probably raise their hands in horror about the lack of mathematical rigour I have employed, or probably not employed! This book is for people working in computer graphics who know that they have to use mathematics in their day-to-day work, and don’t want to get too embroiled in axioms, truths and Platonic realities.
The book originally appeared as part of Springer’s excellent “Essential” series, and this new revised edition includes an extended chapter on Analytical Geometry and extra chapters on Barycentric Coordinates and Worked Examples. The chapter on Barycentric Coordinates forced me to return to one of my favourite books A vector Space Approach to Geometry by Melvin Hausner. This contains a wonderful explanation of balancing masses and how the results lead to barycentric coordinates. It also illustrates how area and volume are a natural feature of vectors. The chapter on Worked Examples draws upon some material from my recent book Geometry for Computer Graphics.
Whilst writing this book I have borne in mind what it was like for me when I was studying different areas of mathematics for the first time. In spite of reading and rereading an explanation several times it could take days before “the penny dropped” and a concept became apparent. Hopefully, the reader will find the following explanations useful in developing their understanding of these specific areas of mathematics.
John Vince
Ringwood
Mathematics for Computer Graphics Second Edition by John Vince pdf.
Book Details:
⏩Edition: 2nd
⏩Author: John Vince
⏩CopyRight Springer-Verlag London Limited 2006
⏩Language: English
⏩Pages: 251
⏩Size: 2.88 MB
⏩Format: PDF
👇👇Downloading The Book👇👇👇
Download Mathematics for Computer Graphics Second Edition by John Vince in pdf format for free.