Skip to content
July 20, 2019July 25, 2021 engbooks Mechanical
Two-Stroke Engine Repair & Maintenance by Paul Dempsey.
As two-strokes fire every revolution, they are the most powerful engines for their size known. Highly tuned examples develop nearly two hp per cubic inch of displacement and run happily at 11,000-plus rpm. And with only three basic moving parts, two-strokes are the  simplest and least expensive form of internal combustion.
Yet, for many owners these little engines are contrivances from hell, cantankerous, difficult to start, and impossible to fix. Drive by a  suburban neighborhood on trash collection day and you will find edgers, weed trimmers, and Chinese mini-bikes awaiting pickup at the curbside. The very simplicity of the two-stroke principle makes it  unforgiving.
Actually, these engines are easy to live with, if you have the  background information and the tools to make a few simple diagnostic tests. And once past the fear of getting their hands dirty, most people find that fixing things is rewarding. Certainly it is more rewarding than spending $85 an hour (the current big-city shop rate) for someone else to do the work. Nor can we continue to discard products that no longer function as they should. That phase of American experience is behind us.
The philosophy of this book was inspired by a lady who visited our class as a substitute teacher lo these many years ago. She was the daughter of a Spanish ambassador to the United States and, during the Second World War, had volunteered to teach Latin American pilots to ferry aircraft across the Atlantic. Although her students were trained pilots, they had not qualified on the large, multi-engined aircraft they would be flying. The students spoke five languages, none of which was English. Flight manuals, written in English, were useless. The lady, whose name I unfortunately cannot recall, realized that her only hope was to simplify instruction. Rather than translate the recipe-book format of manuals, she explained the physics of cockpit instrumentation, how the readings related to the forces acting on  aircraft. That sort of knowledge, which cuts to the heart of things, was translatable and memorable. She did not lose a single pilot. 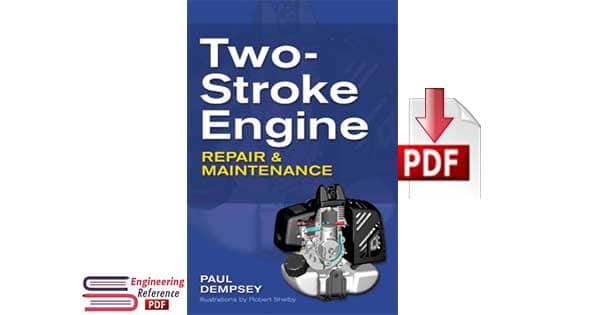 I have tried to do something similar here by stressing how the various components that make up an engine function. Once you understand the asic principles of, say, carburetion, this knowledge becomes a sort of mental tool box that gives you the leverage to repair any carburetor.
The initial chapter describes how two-stroke engines function and the ways these engines have evolved under the pressure of ever- lightening emissions regulations. Encountering a new technology is like meeting someone for the first time. To achieve understanding, to come into sync, requires an appreciation of the forces that have shaped the person.
An internal combustion engine can be thought of as a collection of four systems—ignition, fuel, starting, and those mechanical parts that generate compression. The troubleshooting chapter shows how to isolate a malfunction to a particular system. Fixing on the right  system is the basic diagnostic skill that separates mechanics from parts changers. Once you have identified the system at fault, turn to the appropriate chapter for detailed diagnostic procedures and step-by-step repair instructions.
When factory tools are mentioned, they are illustrated so that substitutes can be found or fabricated. And whenever possible, multiple ways of performing the same task are described. Depending on the tools available, you can remove a flywheel by any of three methods. There are at least four ways to separate crankcase castings and several approaches to tuning carburetors. You will also find much information here on adhesives, sealants, solvents, nylon cord,  lubricating oils, and a host of other products that contribute to long-lasting repairs.
This book has more than 100 illustrations, many of them photographs supplied by my good friend, Robert Shelby. STIHL, Tanaka, Dorman, and several other manufacturers were kind enough to allow  illustrations from their parts and shop manuals to be used.
“Paul Dempsey”
Table Of Contents:
1 • Fundamentals
2 • Troubleshooting
3 • Ignition systems
4 • Fuel systems
5 • Starters and related components
6 • Engine service
7 • Power transmission
Two-Stroke Engine Repair and Maintenance by Paul Dempsey.
Book Details:
Puplisher: The McGraw-Hill Companies
Copyright: 2010
Author: Paul Dempsey
ISBN: 978-0-07-162540-1
MHID: 0-07-162540-2
Language: English
Pages: 204
Size: 4.31 MB
Format: PDF
Download Two-Stroke Engine Repair and Maintenance by Paul Dempsey in free pdf format. 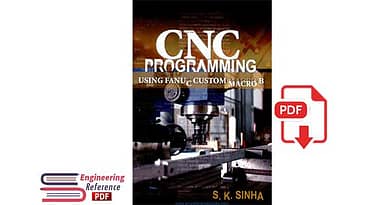